By Britta DeVore | 1 week ago

After tackling the world of the silver screen, Sandra Bullock is taking on streaming. And boy is she nailing it. Her new action-adventure comedy, The Lost City is causing quite a wave on Paramount+ where it debuted a little over two months ago. Along with fans flocking to the streamer to tune into the film, critics are buzzing over the performances of Bullock and the rest of the cast. Currently, the feature is comfortably sitting on Rotten Tomatoes with a 79% critic score and an 83% audience score – not too shabby. Meanwhile, it raked in 6.7/10 on IMDb.

Along with Sandra Bullock in the streaming favorite, The Lost City boasts a cast loaded with top-tier talent. Leading opposite Bullock is Channing Tatum with the ensemble call list made up of world-famous entertainers including Daniel Radcliffe, Brad Pitt, Oscar Nunez, Da’Vine Joy Randolph, Patti Harrison, and Héctor Aníbal. The Lost City centers around the life of Loretta Sage (Bullock), an introverted author who bases her adventure-centric novels in beautiful locales. Her writing, paired with the gorgeousness of her cover model, Alan (Tatum), has made her a best-selling author time and time again. Trouble strikes when the duo head out on a press tour for Loretta’s new book as the successful author finds herself held hostage by a crazed billionaire who believes she can guide him to a long-forgotten city’s lost treasure as spoken of in her most recent novel. Accepting the challenge of leading man both on and off the pages, and setting out to prove that he’s more than just a pretty face, Alan rises to the occasion and attempts to rescue Loretta from her perilous journey.

Along with the recognizable cast, the Sandra Bullock streaming breakthrough is backed by some well-revered names in the world of film. The Lost City was directed by the Nee Brothers (Band of Robbers), both of whom co-wrote the screenplay alongside Oren Uziel and Dana Fox. The original story hails from the multi-hyphenated Seth Gordon who has had his directorial hand in features including The King of Kong: A Fistful of Quarters, Four Christmases, and Horrible Bosses alongside a slew of television credits including The Office, Parks and Recreation, and Modern Family.

Not her first rodeo, The Lost City isn’t the only film that has found Sandra Bullock streaming success. Back in 2018, the actress led in a Netflix action-thriller titled Bird Box. The feature was an anxiety-inducing thrill ride that saw Bullock’s character navigate a post-apocalyptic world in an attempt to survive. In Bird Box, the world is being destroyed by a mysterious omnipresent being that holds the power to decimate anyone who sees it. While the terrifying happenings collapse the world into a panic, Malorie Hayes (Bullock) seeks to save not only her life but the lives of her two children as the trio attempts to keep their eyes closed long enough to make it to safety. The movie was a total nail-biter that further solidified Netflix’s name as a top streaming service. Along with Bullock, the feature displayed the talents of Lil Rel Howery, Danielle Macdonald, Colson Baker aka Machine Gun Kelly, Rosa Salazar, Vivien Lyra Blair, Jacki Weaver, and Julian Edwards.

Outside of her reign on Netflix and now Paramount+, Sandra Bullock’s legacy extends beyond the streaming world. The Academy and Golden Globe-winning actress has been in the game for over three decades but really came to prominence during the 1990s with roles in films including Demolition Man and Speed. A standout face in the comedy and rom-com world, Bullock has starred in features including Hope Floats, Ocean’s Eight, The Proposal, and of course (a personal favorite), Miss Congeniality. She found her award-winning and nominated success in the heartfelt drama, The Blind Side and the space epic, Gravity, respectively. Adding producer to her name, the actress began the company, Fortis Films, through which she has led the production charge on features including Miss Congeniality 2: Armed and Fabulous and All About Steve, both of which she also starred in. She also appeared as a recurring character as well as executive produced on the television series, George Lopez.

With the success of Sandra Bullock’s newest streaming feature, we’re guessing more studios will be reaching out to her for their projects. And who knows, if her track record in production is any indication, she may even be standing behind her own streaming piece sometime soon. 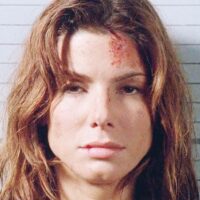