Rosario Dawson is undoubtedly one of Hollywood’s most prolific actors with a career that includes a number of important movies. One such movie can now be seen on Netflix.

Seven Pounds is led by Will Smith who plays IRS Agent Ben Thomas. He comes off first as a jerk as he takes to task the blind sales representative Ezra Turner (Woody Harrelson) on a phone call. Later on that evening, Ben is in his IRS office researching a woman named Emily (Rosario Dawson) when he gets a call from his brother. Ben denies taking anything from his brother’s house.

As Ben continues, we see him getting involved in more lives. Emily has a congenital heart defect so when Ben finally catches up with her to tell her she’s being audited, he offers to help her clear up her debts.

There are others Ben reaches out to. Connie, who is in an abusive relationship. George, a junior hockey coach. Nicholas, a young kid who needs a bone marrow transplant. In all, seven people are touched by Ben in one way or another. None more so than Rosario Dawson’s Emily, who has formed a stronger bond with Ben. Their relationship moves from Ben simply doing a good deed to a romantic one.

So, when the real Ben Thomas shows up, what are we to believe? Who is this fake Ben Thomas and what exactly is he up to and why does he keep a deadly box jellyfish in his hotel room? That is the beauty of Seven Pounds – not knowing.

Seven Pounds is a curious movie. The movie was intended to keep audiences guessing, something that the critics hated (it sits at a 29% favorable rating on Rotten Tomatoes) but audiences loved it. Gabriele Muccino, who also worked with Will Smith on The Pursuit of Happyness, directed the film from a script written by Grant Nieporte.

Muccino brought the movie in for a fairly hefty (given the movie isn’t effects-driven) $54 million but was rewarded with a nice box office take of $170 million, critics be damned.

Rosario Dawson’s early career began with the controversial Larry Clark film, Kids, which received an NC-17 rating but was released without a rating. Dawson was barely 16 when she was cast in the role of Ruby, one of many teenagers featured in a movie that was all about young teen sex and the serious consequences that came from these kids having unprotected sex.

From there, Rosario Dawson’s career would not only grow, but she would also continue to get work at a pace unseen by many. She grabbed roles in features such as He Got Game, Josie and the Pussycats, Men in Black II, This Girl’s Life, the underrated but fun The Rundown, and another underrated film, Eagle Eye, opposite Shia LaBeouf before he went whack-a-doodle.

She’s tried her hand at comedy with Zookeeper and she’s also gone comic book film with Sin City and its sequel Sin City: A Dame to Kill For.

For Rosario Dawson, there may not be a busier actress in Hollywood today. In 2019 alone, Dawson was involved in 16 projects that included voice-over work on Reign of the Supermen, The Death and Return of Superman, and Wonder Woman: Bloodlines.

2019 also saw Rosario Dawson in the series Jane the Virgin, The North Pole, and Briarpatch as well as the features Someone Great, Jay and Silent Bob Reboot, and Zombieland: Double Tap.

2020 also kept Dawson busy with voice work on Justice League Dark: Apokolips War and It’s Pony along with the TV series The Last Kids on Earth. But for Rosario Dawson, 2020 marked her entry into the Star Wars universe when she took on the role of the popular Ahsoka Tano in Disney+’s The Mandalorian.

Rosario Dawson’s role as Ahsoka was so well-received that Disney decided to move forward with Star Wars: Ahsoka, a series that will feature Dawson in the title role. There is no premiere date for the Star Wars series, but Dawson remains busy, nevertheless.

Of course, as with many high-profile actors, her career is not without controversy. The actress recently got good news when the lawsuit against her, filed by an apparent family friend and transgender man Derek Finley, was tossed out of court. Finley had accused Rosario Dawson and her family of physical and verbal abuse.

On top of Ahsoka, Rosario Dawson also has a few other projects lined up. She’s lending her vocal talents to the series Eden, then will be seen in the mini-series Dopesick as well another mini-series DMZ.

If you’re in the mood for a solid, serious drama, don’t pay attention to what the critics say and go find Seven Pounds on Netflix. 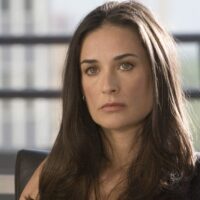