Video game adaptations have been slowly but surely shedding their reputation for being absolutely awful. Projects like the Sonic the Hedgehog movies and the Castlevania Netflix series have gained some degree of critical applause. This improving track record gives fans of The Last of Us hope for the upcoming HBO adaptation of the much-lauded video game series. Lead actor Pedro Pascal is featured in the recently-released trailer for The Last of Us, and his performance only serves to raise expectations.

The trailer introduces us to the live-action version of Jake Miller, the protagonist of the first game. He’s tasked with transporting the orphaned teenager Ellie through a postapocalyptic world to a group of researchers that hope to find a cure for the mind-altering fungus that has ravaged humanity.

If the trailer is any indication, the series has nailed the detached, impersonal attitude that Joel exhibits in the game series. He’s a man who has lost everything he cherished in life, and chose to protect himself from future heartbreak by refusing to grow close to anyone else. Pedro Pascal plays Joel in The Last of Us, and his acting in the trailer is on-point for the role. If the series accurately follows the game’s plotline, Joel will eventually change his heart over the course of his travels with Ellie. However, that doesn’t necessarily end up being a good thing.

HBO tapped Craig Mazin, the writer and creator of the critically acclaimed HBO series Chernobyl, to help create The Last of Us.  Chernobyl was praised for successfully creating an atmosphere of creeping dread as the Soviet Union’s corruption and incompetence lead to a wholly preventable disaster. Mazin’s experience with such an atmosphere, combined with Pedro Pascal’s troubled performance, might help The Last of Us successfully portray a world full of people who have lost hope long ago.

Pedro Pascal has already gained acclaim among sci-fi fans before being cast in The Last of Us. His most celebrated role was playing The Mandalorian in both the ongoing The Mandalorian Disney+ series, along with its less-stellar spin-off series The Book of Boba Fett. Even without those roles, he still has a firm place in geekdom, having played Oberyn Martell in Game of Thrones, and Maxwell Lord in Wonder Woman 1984.

Pedro Pascal’s co-star in The Last of Us, Bella Ramsey, has a similar geeky pedigree. She played the part of the young Lyanna Mormont, head of House Mormont, in the final three seasons of Game of Thrones. She also appeared in the His Dark Materials TV series as Angelica, and starred as Mildred Hubble in The Worst Witch, a popular fantasy series about a girl attending a witch school. (It’s worth noting that despite its similarity to the Harry Potter series, The Worst Witch is based on a series of books that began in 1974 — 23 years before the first Harry Potter novel was released).

Fans can expect to see both Pedro Pascal and Bella Ramsey when The Last of Us premieres in January 2023. 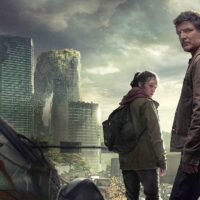 The Last Of Us Has Achieved A Huge Record 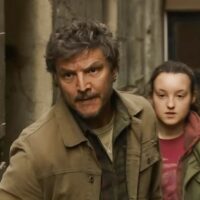