Nicolas Cage has magnificently returned to popularity and critical acclaim, and is a return to his best series in the works?

Nicolas Cage is having a pretty amazing career revival. After a slew of unsuccessful movies like The Sorcerer’s Apprentice and Drive Angry, he spent a near-decade making interchangeable direct-to-DVD action films. Then, like a magnificently weird phoenix, Nicolas Cage surged back to popularity and critical praise with Pig and The Unbearable Weight of Massive Talent (as well as the bizarre horror comedy Willy’s Wonderland). Now that he is back in Hollywood’s good graces, the National Treasure franchise would love to have him back, but it still seems up in the air.

According to Comic Book, the upcoming reboot of National Treasure on Disney+ is very into Nicolas Cage returning in some way. Cormac and Marianne Wibberley co-wrote the original screenplay (along with Jim Kouf) and said they were ready to have Nicolas Cage come back for the new National Treasure show. Not to mince words, but they are willing to “beg and plead and whatever” and that he was their favorite actor in the franchise. They also went on to say that they had envisioned Nicolas Cage portraying series lead Benjamin Franklin Gates before he was even cast. Executive producer Jerry Bruckheimer has also expressed that he would like to see the actor return, but as of right now, Cage has said he has not yet seen a script.

Granted, Nicolas Cage was referring to a potential third movie in the National Treasure series rather than the Disney+ series. Cage has been very candid in recent interviews that he thinks the failure of some of his Disney films killed the potential for a third movie, and that while he is willing to entertain the idea of returning to National Treasure, someone has to approach him about it. In a long career full of very odd choices, Nicolas Cage has never been afraid to make a sudden left turn, so we will not be surprised if he does follow up the humorful meta-commentary of The Unbearable Weight of Massive Talent with an appearance on a family-friendly streaming adventure series.

The franchise is being rebooted as a Disney+ series titled National Treasure: Edge of History. Currently, Justin Bartha (who starred in the first two movies as Nicolas Cage’s hapless assistant) and Harvey Keitel (who starred as FBI agent Peter Sadusky) have been confirmed to appear in the show. The series will focus on a new set of young characters, led by Lisette Alexis as Jess Morales, a DREAMer with a mysterious background. It will co-star Jake Austin Walker, Zuri Reed, Antonio Cipriano, and Jordan Rodrigues, while Catherine Zeta-Jones will portray the series’ villain, who will likely only appreciate historical treasures for their monetary value and not their cultural significance.

It seems entirely likely that Nicolas Cage could show up for an appearance on National Treasure: Edge of History, but nothing is certain as of yet. Currently, Nicolas Cage has two different Western films and a movie in which he plays a velvet-clad Dracula in production, so you know he is always up for anything. 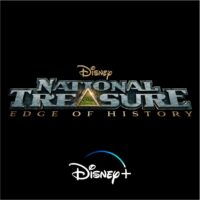 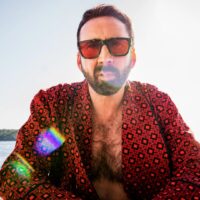 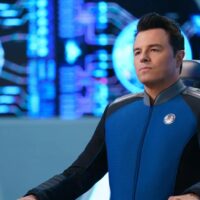