A veteran actor of the past three decades, Neve Campbell has been asked to do extreme things for her art. She can be seen levitating in The Craft and a survivor in Scream, but there is one real-life incident that is almost hard to believe. While promoting the newest installment of Scream, Campbell admitted that she had once been on the wrong side of a bear (via People Magazine). When she was filming a movie as a teenager, her character was “one with animals,” the actor said, which entailed communing with a bear. Though she did not specify what film set this was on, this stunt went horribly wrong.

Neve Campbell was instructed to first feed the bear with a bottle of Coke. Then she was told to dip her hand in honey and run in the opposite direction. Those on the film set thought that the bear would come to her. And while it did, it was not in the way that they expected. Campbell recalls that the bear charged her and instead of stopping where she was, it grabbed her by the leg. While she was bitten, no permanent harm evidently came to the actor. The bear wrangler had to throw rocks to distract the bear. Campbell recounts the story on The Kelly Clarkson Show.

The good news is that Neve Campbell appears to be able to laugh about it now. It had no adverse effects, even though she was only 17 at the time. Campbell would go on to be one of the most sought-after actors of her generation. She first became a household name in 1992 when she starred alongside Matthew Fox and Scott Wolf in the family drama Party of Five. The show kickstarted many careers but was also a cultural touchstone for many American audiences (via Esquire). The series was a touching drama about five siblings who must raise each other after both their parents are killed in a car accident. It showcased great acting ability with its dramatic moments.

What is the most impressive is the work ethic that Neve Campbell employed. Her most successful roles of Julia Salinger and Sidney Prescott all happened at the same time. Party of Five ran for six seasons while at the same time starring in the Scream trilogy. Both concluded in 2000. Campbell stated in an interview for Elle that she was happy to be working. When she wasn’t shooting her successful television show, she spent the time off filming movies. “I was lucky that I was working so much that I didn’t get lost. I see a lot of celebrities when they’re at that height fall down the rabbit hole, whether it’s addictions or breakdowns,” Campbell stated for the magazine.

Although the actor has not been in as many properties today as her heyday, fans can hold onto their nostalgia when the fifth installment of Scream premieres this week. Coming out a decade after Scream 4, the new film unites Neve Campbell, David Arquette, and Courtney Cox in their iconic roles. Arquette and Cox met on the original Scream film and although they have since divorced, Arquette revealed reuniting on Scream was a joy. Outlets such as Polygon report that Scream is a great follow up and late Wes Craven would be proud. Viewers can see Sidney Prescott battle a new Ghostface in theaters. 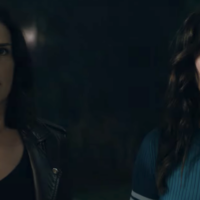 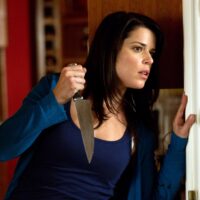