When you think of director Michael Bay, you probably do not think of the words “save money” or “cost-conscious” or even “not currently exploding.” However, you do not get to be one of the most commercially successful directors of all time just by having huge box office grosses, though Bay certainly has those too. It turns out that you might not think by the number of sports cars being blown up and all the sweeping helicopter shots, but the director of Transformers: Revenge of the Fallen actually has some tricks to save costs while shooting. According to a recent interview with Polygon, Bay is really good at convincing police officers to pull some stunts for him.

In the interview, Michael Bay revealed that in his many years of working with law enforcement, he has learned that police officers generally seem to love his movies. Given his portrayal of their profession in Bad Boys (and to a lesser extent, Bad Boys II), it should not be surprising that they like the filmmaker that makes them look like cool badasses who walk away from explosions without looking back. In addition, Bay says that he has a particular talent for convincing them to show up as essentially unpaid extras in movies and to block traffic so he can get some shots done. While the Screen Actors Guild might be interested to hear about Michael Bay bringing in some scabs on the fly, it is also very interesting to hear just how far cops seem to be willing to go for him. Here’s what Bay says:

I’m like, ‘Hey, I would love to put you in the movie. When you guys do a chase, what do you do? What if you’re chasing an ambulance?’…And then they — well, first they wanted pictures. Second, they said they’d love to be in the movie. They literally would block the freeway for me and do a rolling block. We hauled ass at 90 miles an hour down an open freeway. That would have cost a normal movie 350,000 bucks and take two months of planning. It looks real because it is on a real freeway, and we are going that fast. So that’s, like, free stuff.

While it is easy (and fun!) to make fun of Michael Bay for the glossy, high-octane nature of his classic films, this honestly sounds like some good old-fashioned guerilla filmmaking. While Bay’s cost-cutting methods are not on the same level as the legendarily resourceful John Carpenter or even the notoriously terrible Ed Wood, it is oddly endearing that the director of The Island still looks for ways to get the job done as quickly as possible. In his early 2000s heyday, Michael Bay may have been the only director who could compete with James Cameron’s vision of spending monstrous amounts of money to have big things blow up in the best possible cinematic way. While Bay’s films have been trending somewhat smaller in scale in the last decade, he can still cause some mayhem with the best of them, and it’s good to know he keeps an eye on the budget.

Like so many other filmmakers, Michael Bay has begun to turn to streaming platforms as production partners rather than traditional studios. His first film for Netflix, 2019’s Ryan Reynolds action movie 6 Underground was enormously popular, even if we personally did not care for it. His latest film Ambulance stars Jake Gyllenhaal, Yahya Abdul-Mateen II, and Eiza González and is being called a return to Michael Bay’s classic chaotic and kinetic style. Hopefully, he founds some ways to save a few bucks with the police at some point. 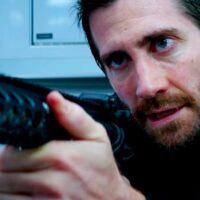