Just to get this out of the way, I consider myself a Michael Bay fan. I enjoy pretty much everything except the Transformers movies—those have never done it for me. His frenetic style, his chest-thumping jingoist machismo, and blatant absurdity, it’s all right in my wheelhouse. I firmly believe Bad Boys II is the most gleefully excessive movie ever made. His latest, 6 Underground, his first collaboration with Netflix, cuts right to the sordid heart of Bay-hem.

Your existing stance on Bay will go a long way toward informing your reaction to this slice of action madness. Fans will be fully psyched, while not-fans… already know exactly how to feel. This is pure, uncut Bay jacked directly into your eyeballs. If you have feelings on that either way, not only will 6 Underground not change your outlook, it will in all likelihood further reinforce your opinion.

Working with Netflix gives Bay the freedom to indulge his wildest cinematic proclivities, and does he ever go ham. The first 20 minutes is one long chase scene where a bright green speedster barrels through the streets of Florence, Italy with reckless abandon and zero regard for human life as all Bay’s favorite flourishes pop up. There’s seizure-inducing rapid-fire editing juxtaposed with molasses-paced slow-motion shots. Cars flip, guns blaze, they pause mid-pursuit to ogle women on the street or for a bird poop joke. At one point they drive through a museum, pop literally destroying art. The entire production is juvenile and over-the-top.

Each frame and every scene is an exercise in excess. It’s not enough to shoot a grenade into a car, the grenade has to bounce off a goon’s face with a slo-mo spurt of blood; it’s not enough for a faceless henchman to get his in a key action scene, he also has to get hit in the nuts by flying detritus in, you guessed it, slow motion. There’s not just a version of “O Fortuna,” there’s a techno version of “O Fortuna.” Nothing is small or quiet or subtle, Bay doesn’t do those things. He keeps the dial cranked to 11 at all times—no one runs, they sprint; no one jumps, they leap. It’s all soaring aerial shots, luxury penthouses, lavish yachts, and extravagance.

6 Underground revolves around a team of mercenaries, but not your average soldiers for hire. These six individuals faked their own deaths, left their lives behind, and erased their pasts to go off the grid and fight evil with no red tape or oversight. With no identities, they’re known only by numbers and types. There’s One (Ryan Reynolds), a billionaire tech guru. Two (Melanie Laurent), a disillusioned CIA operative. Three (Manuel Garcia-Rulfo), a former hitman. Four (Ben Hardy), who does parkour. Five (Adria Arjona), a doctor. and Seven (Corey Hawkins), an ex-sniper who doesn’t know what to do with his life without a rifle in his hands and a scope in front of his face.

That’s the basic story, though the actual mechanics of the plot are a convoluted jumble. There’s a despotic warlord (Lior Raz), their plan to stage a coup, messy interpersonal drama amongst the team, and all manner of hang-ups. But it’s all little more than an excuse to go to cool places and film bombastic action sequences there. Want to go to Italy? Sure. Hong Kong? Why not? Vegas? Of course.

And if you think the action is dizzying, within all of this, the narrative bounds around in time willy nilly. Four months ago, six months ago, for years ago, 17 hours earlier…being unstuck in time like you’re in Slaughterhouse Five is far more disorienting than the wild cinematography and frantic editing. This does allow glimpses at the histories of the numbered parties—everyone except five, oddly enough, who’s past remains a mystery throughout. Though these digressions offer little insight into anyone except One.

As so often happens in a Michael Bay movie, the pace lags when it veers away from the gratuitous, cartoonish action. He leans heavily on thick, empty sentimentality, giving the shallow lip-service treatment to the trauma of war—when convenient. He uses humanitarian crises as window-dressing and the ostensible motivation for One to put together this team—these scenes seriously play like a tidied-up Sally Struthers commercial. 6 Underground desperately wants to be topical and make a statement, but it never amounts to anything more than, “Warlords bad.”

While it’s frequently mean-spirited and deeply misanthropic—again, common Michael Bay traits—those elements are a bit more toned-down than usual. They’re still present and accounted for, but the script from Deadpool writers Rhett Reese and Paul Wernick relies more on foul-mouthed quips and the charisma of the actors—much like Deadpool, this offers Reynolds a role ideally suited for his wise-assery and sarcasm.

For good or ill, 6 Underground represents Michael Bay’s aesthetic, approach, and world view distilled down to its essence. Bonkers action, frenetic camera work and editing, raging excess, off-the-rails violence, questionable morality, puffed-up chest-thumping; if this was cocaine, it would be the pure shit before it gets stepped on.

Not to beleaguer the point, but how you feel about Bay truly is the best measure of whether or not you’ll enjoy 6 Underground. If you love his brand of frenzied, unadulterated cinematic action, and can look past his uglier traits, this is a movie for you. If not, maybe keep scrolling and pick one of Netflix’s myriad other originals. 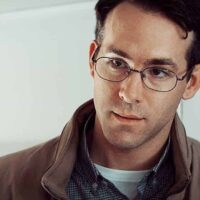 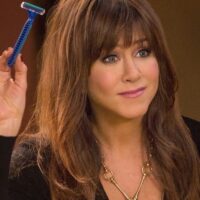