Warner Bros. just released the first trailer for Godzilla vs. Kong today, a month before its release, and already the rumors are coming in about the film. While this trailer seems to imply more monsters could join the fight against the two behemoths, one rumor suggests that Mechagodzilla might be the ultimate foe in the film.

The rumor comes from Daniel Richtman’s Patreon page, who says that Kong and Godzilla will team up to take out Mechagodzilla. While this news has yet to be confirmed, there are a few images from the new trailer that do seem to imply this could be the case. Richtman also says that Godzilla vs. Kong will feature an end credits scene that would set up aliens as the next villains within the franchise.

Warner Bros. has been setting up the fight in Godzilla vs. Kong for quite some time, introducing this new version of Godzilla in 2014’s Godzilla, and Kong in 2017’s Kong: Skull Island, which first referenced the battle between these two. But even with all this setup, it’s unclear if Warner Bros.’ long term gamble will pay off. Godzilla made $524 million worldwide, but by 2019, Godzilla: King of the Monsters only made $386 million against a budget of $170 million. With only $110 million of that coming from North America, it will be interesting to see if Mechagodzilla could boost the popularity of this franchise in the United States.

It will also be interesting to see how Warner Bros.’ new way of distributing Godzilla vs. Kong will impact the future of the series. Much to the dismay of Godzilla vs. Kong producers Legendary Pictures, Warner Bros. has decided to put all of their theatrical releases on HBO Max the same day they come to theaters. Legendary threatened legal action, due to this release strategy for Dune, but it seemed the two have come to a mutual agreement. But it will be interesting to see if audiences come out to see Mechagodzilla possibly fight Kong and Godzilla in theaters, or if they’ll watch it from the comfort of their own homes.

But also, the introduction of Mechagodzilla will open this monster universe up even more, with the possibility of even more monsters joining the fray in the future. Especially with aliens joining the mix, this universe could be getting a lot crazier in future installments. Godzilla vs. Kong – and possibly Mechagodzilla – is scheduled to hit theaters and HBO Max on March 26, 2021. 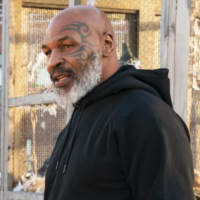 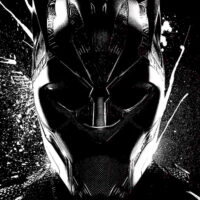