Marvel sets its plans out far ahead to the point where some movies and shows get release dates years ahead of time. We have known for some a while that Eternals will hit theaters on November 5, but now people are not so sure as Disney CEO Bob Chapek’s recent statement has led to some confusion.

During the quarterly earnings call, the CEO spoke about the lineup of Marvel movies for the fiscal 2022 window. In his list of movies that we know are hitting next year, like Doctor Strange in the Multiverse of Madness and Black Panther: Wakanda Forever, he also mentioned Eternals. For people unfamiliar with a fiscal year, it stirred up confusion on social media. The good news is that it is not delayed.

A fiscal year is a year-long period, but it does not follow the normal calendar year. It is meant for accounting purposes, and each company might have a different idea of what their fiscal year looks like. For Disney, fiscal 2022 starts in October, encompassing Marvel movies and shows for this year like Eternals, Spider-Man: No Way Home, Hawkeye, and Ms. Marvel.

In the CEO’s statement about what to look forward to with Marvel through the next fiscal year, there was more confusion as he did not mention Thor: Love and Thunder or any of the TV shows lined up. He was probably more focused on the movies as that is where the real money lies and it could have slipped his mind. Still, it could understandably lead to confusion when he is not mentioning one of the most anticipated releases of 2022 as Thor returns to the big screen with his friends.

Without official confirmation from Marvel and Disney, we should be safe of sticking with the current dates for the upcoming projects, from the big screen spectacles like Eternals to the smaller, intimate stories on Disney Plus like with Hawkeye and Ms. Marvel. As COVID-19 still runs rampant with the Delta variant, a delay is possible from any studio in Hollywood as we have already seen that with Venom: Let There Be Carnage which was meant for a September release and is now hitting October 15.

Eternals will mark a different direction for Marvel. Introducing beings with God-like powers is game-changing for what’s to come in the future. The other major difference will be in the vision from director Chloe Zhao, who recently won two Oscars for her movie Nomadland. She is sticking to locations, sets and keeping a smaller crew than what is normally seen from a major superhero blockbuster. It should give fans a good balance of something familiar and refreshingly new. 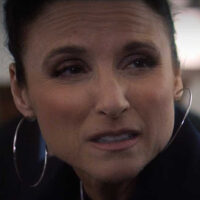