The Last of Us creators told the actors not to watch or play the source video games to get ready for their characters.

By James Brizuela | Published 1 day ago

The usual case for most actors taking on adaptations is that they engage in the source material to get a sense of the characters they are meant to portray. However, Neil Druckmann and Craig Mazin had a much different idea for the actors in The Last of Us. The creators asked that the actors in the show not play the source video games, as they wanted the actors to make the performances their own.

That is an interesting tactic to take, especially considering how special both Joel and Ellie are as characters. But the above video does discuss one of the better moments from The Last of Us series when Ellie pretends that she is transforming into an Infected, and Joel flinches. Druckmann reveals that the moment does not exist in the game, and it is brought on by the superb acting skills of Pedro Pascal.

To be honest, it is a bit strange that the actors were instructed not to watch the video games or play them, as their performances have been spot-on thus far. The Last of Us has only produced two episodes so far, but we have seen some great characters so far like Tommy, Joel, Ellie, Marlene, Sarah, and Tess. All these characters have been played quite well by the actors portraying them, which just goes to show how amazing Neil Druckmann and Craig Mazin have also been at relaying the characters to the actors.

The Last of Us has also exploded into one of the most popular shows on HBO. The series currently has a 97 percent critic rating and an equally impressive 96 percent audience approval rating on Rotten Tomatoes. The series also has an IMDb rating that is set to surpass Breaking Bad. Granted, there have only been two episodes so far, but the adaptation might be the most successful in history.

The Last of Us also achieved the record of the second-biggest premiere that HBO has seen since 2010’s Boardwalk Empire. The only series that saw a bigger premiere is the Game of Thrones spinoff, House of the Dragon. The Last of Us now joins the likes of successful video game adaptations like Uncharted and Sonic the Hedgehog.

Most people believed that adapting a video game was a foolhardy task, especially after so many had failed previously. Movies like Hitman, Monster Hunter, and the Resident Evil series have all been destroyed by critics and audiences alike. However, it appears as if studios are now starting to catch on to what makes an adaptation successful, and The Last of Us can break ground for the upcoming Fallout, Twisted Metal, and God of Wars shows.

The Last of Us can be streamed right now on HBO Max, as both of the first episodes are currently available. Episodes will be released on a weekly schedule on Sundays at 9 p.m. EST, on both HBO and HBO Max. We are not sure how the rest of the season is going to work out, but the first two episodes have turned this series into one of the best that HBO has ever produced. 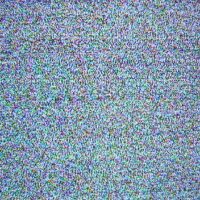