It’s taken Katee Sackhoff a lot of guts to get where she is today. Getting her first role in the 1998 Lifetime movie Fifteen and Pregnant, the actress has since built a career out of assuming the kinds of roles usually reserved for men. She played the gender-swapped pilot Starbuck in the 21st century reboot of Battlestar Galactica, sheriff’s deputy Vic Moretti in the Western crime drama Longmire, and the intimidating Bo-Katan Kryze in The Mandalorian. Now, on social media, Sackhoff is giving everyone a great view of the guts that have helped her get where she is.

Well, not exactly her guts. Last week, Katee Sackhoff posted a picture of what appears to be the actress strapped to a table; her stomach pried open with surgical tools. Meanwhile, Sackhoff is sporting a big smile. Of course, as real as the image may look, Sackhoff’s guts aren’t really on display. The photo is from the set of the Netflix sci-fi series Another Life. GRAPHIC CONTENT WARNING: The image below is the result of special effects.

Katee Sackhoff captions the photo with “I’ve loved every minute of this show and this character. Such an honor,” followed by a heart emoji and a number of hashtags crediting Netflix, the series, her Another Life character Niko Breckinridge, and Halfire Entertainment — the series’ production company. Sackhoff’s Battlestar Galactica co-star Paul Campbell is kind enough to respond with the pun “This post took a lot of guts.”

Considering the tone of Katee Sackhoff’s message and Another Life‘s situation, it’s difficult to not see the post as more than just a look behind the scenes. The sci-fi series’ second season premiered on Netflix in October to little fanfare. Over two months later, there aren’t even enough reviews — positive or negative — to compile a score for the new season on Rotten Tomatoes. With all that, plus no word of a renewal from Netflix, some like Digital Spy are predicting there may be no season 3.

Like a lot of productions, Another Life traveled a much bumpier road than expected because of the COVID-19 pandemic. The first season premiered in July 2019 to a high viewership, but utterly horrible reviews. While it earned a quick green light for season 2, critically, Another Life was awarded a 6% score on Rotten Tomatoes. A year after the series’ premiere, production for season 2 was shut down along with all the productions of Netflix’s original programs. Per Cinema Blend, the sci-fi show resumed filming in August 2020 but suffered a second delay before finally wrapping production last December.

While most viewers seemed to agree Another Life enjoyed a boost in quality between the two seasons — its audience score went from 59% to 85% — so far, Rotten Tomatoes only has three critics’ takes on season 2. Between the pandemic, the much more crowded streaming environment, and more successful Netflix originals — particularly Squid Game which premiered the month before Another Life‘s second season — it may be that Another Life‘s sophomore season got buried in the noise. We’ll have to wait and see if Another Life gets another chance. 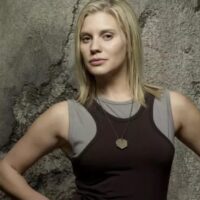 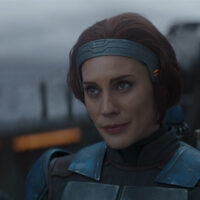 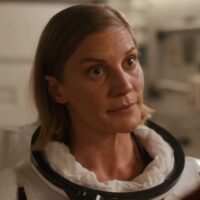