Johnny Depp fans are rallying behind his only chance to be nominated for an Academy Award at this year’s Oscars. The Academy announced that those who aren’t voting members will have a chance to impact this year’s awards with the #OscarsFanFavorite. After a disastrous attempt to add a category for the most popular movie back in 2019, the show is doing its best to revive it in 2022 by giving people on Twitter the chance to vote for their favorite movie and scene of the year until March 3. At that time, they’ll select three people to go to the actual event on March 27 to announce the award. While Deadline reports there are a lot of front-runners, Johnny Depp’s fans have really taken notice.

A myriad of fans of the Pirates of the Caribbean star have taken to Twitter to throw the actor’s name in the ring for the #OscarsFanFavorite for his turn in the 2020 movie Minamata. In the movie, Johnny Depp plays real-life photographer W. Eugene Smith. After becoming a bit of a recluse due to the fame received for his photography work in Life magazine, a Japanese translator convinces him to visit Minamata to photograph the disease that is plaguing the people. However, because the disease is brought on by pollution from nearby companies, he faces several reprisals as he tries to inform the world about what’s going on in Japan.

By all accounts, Johnny Depp takes his career to the next level in the role and delivers a performance that many agree is worthy of recognition. However, that’s not necessarily what’s inspiring the groundswell of support for the actor to get an Oscar in 2022. As Variety notes in its review, Minamata is acting less as a stepping stone for the actor’s career as much as a rescue from bad press and near-cancellation due to his high-profile split from ex-wife Amber Heard.

The outlet previously reported, Johnny Depp is locked in a contentious legal battle with the Aquaman actress after she wrote an op-ed in The Washington Post in 2018 in which she accused him of domestic violence. Although she didn’t name him directly, he went forward with a libel case against The Sun, a U.K. tabloid that alleged he was a “wife beater.” He lost that, but a judge in the U.S. recently allowed a different lawsuit directly against Amber Heard to go forward.

Regardless of how those legal issues shake out, Johnny Depp’s career took a hit as outside observers were forced to choose sides on the issue, with many turning their backs on the Sweeny Todd actor. However, others have clearly taken his side, even launching a campaign to get Amber Heard removed from her role in the upcoming sequel Aquaman and the Lost Kingdom that ultimately failed. One has to wonder if the recent showing of support for Depp to be given an Oscar this year has as much to do with his role in Minamata as it does with fans hoping to stick it to his ex-wife?

After all, winning an Academy Award clearly isn’t important to Johnny Depp. Despite being nominated in the past for roles in Sweeney Todd: The Demon Barber of Fleet Street, Finding Neverland and Pirates of the Caribbean: The Curse of the Black Pearl, the actor was speaking to Vanity Fair in 2015 about potential Oscar buzz surrounding his role as Whitey Bulger in the movie Black Mass. He stated in no uncertain terms that he doesn’t even want “one of those things ever.” To him, it represents competition and, as an artist, he doesn’t feel he’s in competition with anyone. One wonders if that same mentality extends to his divorce battle with his ex. 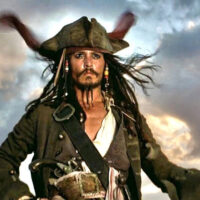