The jury in the contentious, closely followed case between Johnny Depp and Amber Heard has reached a verdict. After weeks of shocking testimony on behalf of both the plaintiff Depp and the defendant Heard, surprising witnesses, and attempted legal maneuverings by both parties, the trial is coming to a close. After a delay in which it turned out that the seven-person civil jury (composed of five men and two women) had not filled out the associated damages portion of the paperwork presented and presiding judge Penney Azcarate asked the jury to go back and re-do them, the verdict is in. The jury found with “clear and convincing evidence” in favor of Johnny Depp, finding that Amber Heard had acted with “malicious intent” in their verdict. They ordered compensatory damages in the amount of $10 million and punitive damages in the amount of $5 million to be paid to Johnny Depp by Amber Heard. They also found $2 million in punitive damages to Amber Heard.

The Johnny Depp-Amber Heard verdict had been in much doubt for the entirety of the trial. Perhaps more than any other legal battle in recent memory, the defamation lawsuit brought by the Pirates of the Caribbean actor against his estranged former spouse sparked public interest and outcry. The lawsuit contended that Amber Heard defamed Johnny Depp with the publication of an editorial in which she claimed to be the survivor of domestic abuse (with the title, apparently written by a Washington Post editor also implying sexual abuse). While the editorial did not mention Johnny Depp by name, his case rested on the claim that there was a widespread public assumption that the piece was about him.

Both Johnny Depp and Amber Heard are presumably hoped that the verdict will fall in their favor and help recover their very tarnished reputations. Over the course of the case, both parties have been subject to intense scrutiny by both the legal system and the public, and the target of various allegations of abusive behavior toward each other. Johnny Depp’s lawsuit claimed loss of employment due to the alleged allegations against him. He alleged that in particular, he lost his part in the lucrative Disney Pirates of the Caribbean franchise due to this. He also was removed from Warner Bros.’ Fantastic Beasts franchise after losing a similar case in the United Kingdom, with the part being recast with Mads Mikkelsen. For her part, Amber Heard has allegedly been mostly edited out of the upcoming Warner Bros. Aquaman and the Lost Kingdom film.

On the other side, Amber Heard has filed a $100 million counter lawsuit against her former spouse. At one point during the trial, Johnny Depp’s legal team asked that said countersuit be dismissed, which was not granted. Presumably, despite the Johnny Depp-Amber Heard verdict that has been reached, the suit will now go on to trial. Depp was not present for the reading of the verdict in the Virginia court. Amber Heard arrived shortly before the verdict was presented to Judge Azcarate. We will update as more information on further legal proceedings arrives. 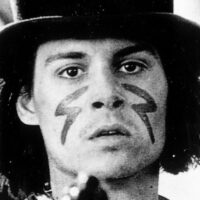 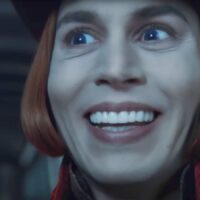