While we won’t see James Gunn’s The Suicide Squad until August 6, 2021, John Cena and his character Peacemaker will already have their own spinoff series on the way.

The show, which will simply be called Peacemaker, has been given a straight-to-series order by HBO Max. John Cena will reprise his role from The Suicide Squad, while Gunn will direct several episodes and the pilot.

According to Variety, HBO Max has ordered eight episodes of the John Cena led series, and production will begin in early 2021 before Gunn begins work on Guardians of the Galaxy Vol. 3. In a statement, via The Hollywood Reporter, released by Gunn, the writer-director stated, “Peacemaker is an opportunity to delve into current world issues through the lens of this superhero/supervillain/and world’s biggest douchebag.” John Cena said through his Twitter account, “Working alongside @JamesGunn on #SuicideSquad was an absolute masterclass in how to best bring beloved characters to life in a new and fun way. I cannot wait for the #DCUniverse to experience more of absurdity that is the Peacemaker in this new project on @hbomax!!!”

After the announcement today, Gunn has been giving fans hints of what is to come through his Twitter page. While the prepared press releases says, “the series will explore the origins of the character that John Cena will play in the upcoming film, a man who believes in peace at any cost – no matter how many people he has to kill to get it,” Gunn states that “‘exploring the origins’ does not necessarily mean prequel.” He has also said “We’re holding off announcing the timeline of the #Peacemaker TV show until after #TheSuicideSquad movie” and that Peacemaker will be released after the film.

As we mentioned earlier this week, HBO Max is becoming quite the haven for DC television shows, not just this new John Cena entry. While HBO Max doesn’t have the rights to their various CW shows quite yet, they already have Doom Patrol and the animated Harley Quinn series on their streaming service, and next year will also be the exclusive streamer of Zack Snyder’s cut of Justice League.

Even though plans for another Suicide Squad film were unveiled in March 2016, only a few months before David Ayer’s Suicide Squad was released, the road to a second film has been a rough one. Ayer left the project in December of 2016 and according to Deadline, The Shallows director Jaume Collet-Serra was considered, before dropping out to make Disney’s Jungle Cruise, while also via Deadline, The Way Back director Gavin O’Connor signed up in 2017, before also leaving the project.

But in July 2018, Disney fired James Gunn from the upcoming Guardians of the Galaxy Vol. 3 for old controversial texts that resurfaced. Soon, DC was courting Gunn for a possible collaboration, which led to Gunn deciding to write and direct his new vision for The Suicide Squad. By March of 2019, Disney would reinstate Gunn as writer and director of Guardians of the Galaxy Vol. 3, making him one of the few people to actively work in both DC and Marvel universes at the same time as he kicks off this new John Cena project.

Since we won’t know what Gunn’s version of Peacemaker will be until August 2021, we can look at the character’s comic past. He has been around in DC Comics since 1966. John Cena will be playing the Christopher Smith version of the character, who Cena has called a “douchey Captain America.” The character was also the basis of The Comedian in Alan Moore’s series, Watchmen.

According to Den of Geek, “Christopher Smith was a delusional vigilante, fighting dictators, and warlords and claiming he was doing pacifism to them. He was later revealed to have a mental illness relating to his Nazi death camp overseer father, and trying to compensate for the shame.” So John Cena’s Peacemaker would become a vigilante killer, who believed the ghosts of people he killed were inside his helmet offering him advice. So all in all, he seems like a well-rounded and understandable inductee into the completely sane Suicide Squad.

John Cena has been particularly busy lately, with roles in Dolittle, Playing with Fire, Bumblebee, and Blockers in recent years. In addition to the upcoming The Suicide Squad, Cena also has Project X-Traction with Jackie Chan on the way, as well as next year’s F9, in which he will play the film’s primary villain and brother to Dominic and Mia Toretto, Jakob Toretto.

John Cena Is Still Wearing His Peacemaker Uniform, Even Though He’s Done Filming The Suicide Squad 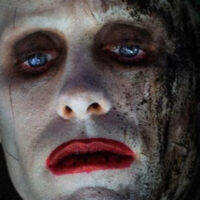 Jared Leto To Turn Joker Into A Hero?