Joe Rogan is certainly one of the most divisive comedians and personalities out there, and while he’s had his beef with just about everyone, he may soon meet his match after calling out Dwayne Johnson for using steroids. During a recent episode of his podcast, The Joe Rogan Experience (and what an experience it is), the Fear Factor host made comments surrounding his belief that the Jumanji franchise star was far too bulky at the age of 50 to not be juicing. In the clip, which you can see above, Rogan asks the wrestling superstar to “come clean” and tell fans that he’s “been lying.”

Joe Rogan’s personal attack against Dwayne Johnson happened in the wake of the major scandal currently rocking the weightlifting and bodybuilding community after their very own super jacked hero, the Liver King aka Brian Johnson, admitted that he had only reached his level of physique by using steroids. For those who may not know, the Liver King claimed that he built his insane set of muscles from rigorous workouts paired with sticking to a raw diet that included feasting on uncooked meats – primarily liver. During his podcast, Rogan said that the social media influencer’s admission was completely “expected” as he believed that it was impossible for a man in his 40s to look as “preposterously jacked” as Brian Johnson.

Joe Rogan then turned his suspicious gaze towards Dwayne Johnson, flat out stating his belief that the pro-wrestler-turned-film superstar had been misleading fans into thinking that his diet and exercise routine were the reason behind his muscular build. The button-pushing celeb added that it was beyond his belief that someone could reach that level of fitness at the actor’s age and that even with hormone replacement therapy (HRT) it was an impossible feat. “The Rock should come clean right now,” Rogan commented before ending the segment on the juicing scandal.

Although Joe Rogan laid out his opinion and theory behind Dwayne Johnson’s alleged performance enhancer usage, he better watch out for The Rock’s stans who are bound to have words for the podcast host. He may be ripped, but Johnson has been open about how he stays so fit thanks to several balanced meals packed with macros and weight-based exercise sessions. Most recently, the performer was seen as the titular anti-hero in DC’s Black Adam, a role that forced him to get as jacked as possible.

Because the Jungle Cruise star is so well known for his muscle-bound exterior, Joe Rogan’s comments may come as fighting words when they eventually make their way to Dwayne Johnson’s ears. Johnson seems to be a man who takes a lot of pride in how he carries himself whether it be at the gym, on the sets of Hollywood, or even just on the streets of Los Angeles where he’s been known to say hello to groups of tourists. Then again, there’s also the major probability that Johnson won’t even give Rogan’s comments a second thought.

One of the busiest men in Hollywood, Johnson’s schedule is consistently packed with new projects. Currently, the Fast & Furious Presents: Hobbs & Shaw star is working alongside Chris Evans for an action-packed holiday film titled Red One, set to land next year. With this in mind, we’re thinking that Joe Rogan’s comments will go unnoticed by Dwayne Johnson who will just keep pumping that iron and eating those lean proteins. 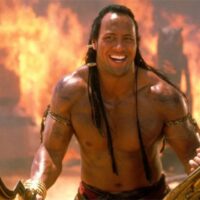 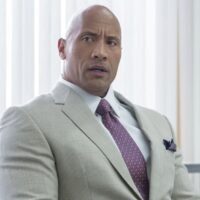