Joe Rogan's net worth is thought to be around $120 million thanks to his massive deal with Spotify, touring appearances, and work with the UFC.

Joe Rogan has created considerable waves throughout the media landscape in recent years, becoming one of the most listened to and most-watched personalities there is in the business. So what has that meant for Joe Rogan’s net worth. He’s taken an unconventional path to this kind of stardom, one that has sought to sidestep legacy media and give himself a platform unlike most others out there.

While this kind of fame, combined with the sometimes outlandish nature of discussion on his podcast has led to controversy, especially in recent years, there’s no doubt that Joe Rogan has grown his net worth by leaps and bounds.

It’s a testament to the comedian and personality betting on himself and creating a mini-media empire at this point on the back of long-form discussion and other ventures. And it’s made him millions.

JOE ROGAN GAINED FAME THROUGH STANDUP COMEDY AND ON NEWSRADIO

It’s somewhat easy to forget now, but Joe Rogan actually started his career as a standup comedian. Moving around a lot as a child, Rogan used this time to study martial arts as well. Both of these were going to come in handy throughout his career, which is a pretty funny thing to think about.

It isn’t often we think of martial artists, or MMA folks as the funniest people in the world, but Joe Rogan has been able to combine the two during key parts of his career.

Joe Rogan was able to forge an early career as a standup comedian, parlaying that into acting gigs including a turn on NewsRadio which lasted five seasons on NBC from 1995-1999. He wasn’t the star of the show but made an imprint playing a handyman character that mostly resembled himself and had impeccable comedic timing.

One of the bigger breaks for Joe Rogan was when he started as the host of Fear Factor. The show was NBC in 2001 and became an instant hit for both Rogan and the network. It was a decidedly simple premise that ramped up to crazier and crazier “stunts” over the years.

Essentially, six contestants (three men, three women) would compete in a variety of challenges that were meant to inspire some kind of fear or visceral response. Sometimes the stunts would be of the disgusting variety while others were meant to challenge other base fears like height, claustrophobia, and other things.

Joe Rogan hosted Fear Factor for six seasons and at the time it was reported that Joe Rogan earned $100,000 per episode. Considering he hosted 150 episodes of the series, it doesn’t take more than a calculator to estimate he made around $15 million for his time on the show. It would seem that this was one of the first big contributing factor’s Joe Rogan’s net worth.

Around this time, Joe Rogan also began getting involved with the UFC, and given his martial arts and fighting background, it made plenty of sense for this to be a natural pairing. Rogan acts as one of the announcers and personalities for UFC main events, bringing his combination of knowledge around the sport as well as quick-witted observations to become really one of the stars of these broadcasts.

It’s clear from an energy and expertise level, that Joe Rogan as part of the UFC has only helped grow the sport over the years. It’s been reported that related to Joe Rogan’s net worth, the UFC gig pays him around $50,000 per main event.

Though Joe Rogan has found success in nearly everything he’s done throughout the years, a testament to his talent, drive, and creativity, easily the biggest contributor to his net worth has been his podcast, The Joe Rogan Experience.

The podcast originally launched all the way back in 2009 when the medium was just starting to take hold. Sure, there were other shows out there, but the landscape didn’t look like anything it does these days, not even close.

Consider that back in 2009, according to Statista, only about 43% of the population was even aware of what a podcast even meant. Less than half of the folks polled had heard of the medium. So when Joe Rogan started, this was still very much in its infancy.

Over the years, the podcast has changed its format and style some with Rogan at first going about it with a co-host until transitioning to solo interviews in 2013. Over the last decade-plus, The Joe Rogan Experience has become the biggest podcast in the world.

It’s been estimated that now The Joe Rogan Experience sees more than one million downloads per month. And consider the reach Joe Rogan has right now, as compared to some of the other more legacy media on the biggest broadcast networks and news stations. Check out these stats to see the difference in reach:

Of course, part of this is built on the number one contributing factor to Joe Rogan’s net worth, the deal he made with Spotify. In December 2020, Joe Rogan struck a deal with the audio platform to exclusively house his podcast. At the time, that deal was thought to be worth somewhere in the realm of $100 million dollars.

But recently, insiders have actually upped the number to around $200 million. Of course, not all of this is in one shot and not all goes to Joe Rogan himself. There are production costs, staff, etc as part of this deal. But regardless, the numbers for Joe Rogan’s net worth are staggering.

CONTROVERSY COULD HAVE IMPACTED JOE ROGAN’S NET WORTH

Joe Rogan has been embroiled in a number of different controversies over the last year-plus, specifically having to do with the pandemic and different discussions around the vaccine. He’s had on guests who some have said were promoting false information around vaccine efficacy and criticizing government responses to the pandemic. In the wake of this and some other claims, there were artists like Neil Young who asked to be removed from Spotify.

But with these controversies and some media backlash, it doesn’t appear that any of it has negatively affected Joe Rogan’s bottom line. Far from it. In fact, there’s some evidence like that above which supports that the media attention may have only helped his overall net worth.

So, with all of these things, the acting, the comedy standup, the reality gameshows, the UFC announcing, and, of course, the podcast, what is Joe Rogan’s net worth. While these things are always difficult to pin down, multiple sources report Joe Rogan’s net worth to be around $120 million dollars and there’s a good chance it’s much higher than that. Additionally, once the entirety of the Spotify deal sunsets, or he re-ups it based on performance, then we could see the number climb much higher. 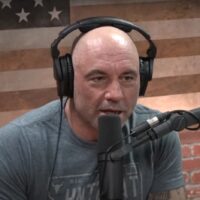 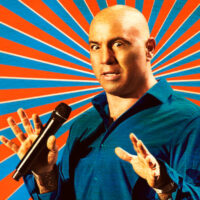 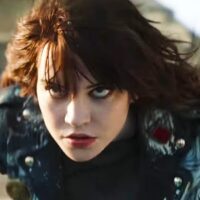