By Sofia Yang | 5 months ago

Jim Gaffigan is known for mostly two things as a comedian: 1) He never uses profanity. He’s a “clean” comic which means most of what he jokes about is pretty PG.  That’s his brand. 2) He is apolitical and rarely talks about politics and never really makes political jokes.

Last night Jim Gaffigan decided to flush all of that down the toilet.

Why it happened is a mystery, maybe he just stayed up too late watching CNN and their rhetoric got in his head. What we know is that his wife and comedy writing partner Jeannie Gaffigan isn’t happy about it and she tried to get him to stop. Also unhappy about it: Pretty much all of Jim Gaffigan’s fans.

What trolls he was talking about is unknown, but Gaffigan spent the next two hours screaming profanity into the Twitter void and shouting about how evil Trump is and how evil everyone who supports him is and coming out in support of cancel culture.

Here’s a sampling of some of his tirades…

While he flushed his reputation as an apolitical clean comic down the toilet, Gaffigan’s wife Jeannie replied to fans in tweets apologizing for his behavior and trying to get her husband to cut it out.

A few hours later in the bright light of morning Jim Gaffigan is now silent. But his wife Jeannie tweeted this when she woke up…

“I had he most outrageous dream last night! You will NEVER believe this. I dreamt that…wait. Uh oh. Never mind.”

Because Jim Gaffigan is an extremely religious (he’s a hardcore Catholic) clean comic who never comments on politics, many if not most of his fans are conservatives. So when he took to Twitter basically attacking everything his fans believe and feel is important, as you’d imagine they weren’t happy.

Responses to his tirades basically boiled down to his fans abandoning him in droves and vowing never to support him again.

How this will affect Gaffigan’s career in the long term will be measured by whether anyone watches his next stand-up special. It’s possible that the fans he just lost among conservatives he’ll gain among Democrats. But given that most other comedians are extremely liberal and political, that’s a crowded market. Jim Gaffigan used to have the conservative clean comic market all to himself. Last night it appears he chose to give it up. That’s good news for Theo Von but probably bad news for Jeannie Gaffigan. 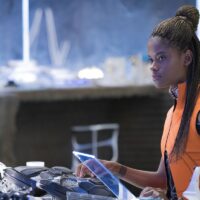 Gal Gadot Responds To Outrage And Backlash Over Her Next Role 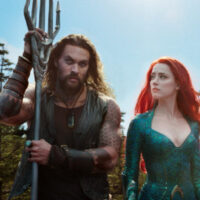 Amber Heard Admits She’s Good At Being A Villain