Jared Leto is notorious for his interpretation of “Method acting” to mean behaving weird in the hopes that it will translate to making his portrayal of say, famed long-distance runner Steve Prefontaine seem that much more authentic. Leaving aside that the idea of Method acting has been debated, water-down, and misinterpreted so often that it is essentially meaningless, it seems that the star of Dallas Buyers Club might have actually gone a little too far in his off-camera behavior while filming the recent Sony Pictures comic book adaptation Morbius. According to an interview in Uproxx, director Daniel Espinosa confirmed rumors that Leto had insisted on using crutches on set at all times, even when taking a bathroom break. Apparently, the sheer amount of time it took the able-bodied actor to do this began to interfere with the production schedule of the film, and Espinosa and Leto came to a compromise…that Leto would use a wheelchair instead.

Basically, people are calling out Jared Leto for not only presumably making the lives of all the non-famous people on set who are trying to do their jobs and have to be slowed down by his actor’s needs, but also for the perceived insensitivity of an actor who himself does not have a disability performing as though he does. There has been more and more discussion in the film industry in recent years about who can play what roles and who should not (that has arguments on many sides, often from unexpected people), and Leto is definitely stepping right into it. This is also not the first time that Jared Leto has pulled this exact move. Director Denis Villeneuve stated that while filming Blade Runner 2049 (in which Leto has a small role as a blind tech genius), the actor decided to actually wear opaque contact lenses and make himself effectively blind while on set, which of course also necessitated some personal assistant guide him around constantly.

Then there is the infamous case of Jared Leto’s behavior while filming 2016’s Suicide Squad, where in order to play a fictional murder clown, he reportedly sent his coworkers sexually suggestive materials and mutilated animals. While the exact details of what went down have become muddied (with Leto himself both saying that “you don’t like it, basically, you can kiss my ass” and implying most of the incidents were exaggerations by the media, despite him personally stating what he did in a live red carpet interview), it definitely is part of a pattern. The appropriateness of actors being praised for portraying disabled people (while disabled people are themselves rarely hired for such roles), and the artistic merit of needing to disrupt production to such a degree is certainly up for debate. Jared Leto has made it clear that he feels it is necessary for his “process” of acting, but we will have to see whether it catches up to him at some point. While the directors of Morbius and Blade Runner 2049 both posit it as a remarkable and interesting thing Leto was doing, it will just have to remain in the court of public opinion for now. 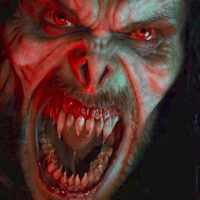