Fans of the hidden camera reality show Impractical Jokers were crushed at the end of last year learning the sad news that Joe Gatto of the beloved Tenderloins quartet would be parting ways with his bros and the vastly popular comedy troupe. However, the three remaining hosts and best friends still planned to go on with the show. As Impractical Jokers ramps up for its tenth season on the air, the series reported a promising replacement for the new season’s first episode.

Eric André is set to join James “Murr” Murray, Brian “Q” Quinn, and Sal Vulcano on the first new episode of Impractical Jokers since the departure of founding member Joe Gatto. Gatto, took to social media this past New Years’ Eve to break the dismal news to the world, citing a separation from his wife at the heart of his departure. André will star on the Season 10 debut set to air across all three of Turner TNETs channels-TBS, TNT, and truTV.

Impractical Jokers first aired on truTV in 2011. With ambiguous quartet as hosts for the host for the show first garnered fame as the improv and sketch comedy troupe The Tenderloins. Their breakthrough success came through the near-instant viral sensation reality tv series which touted the group in a series of competitive dares in which eas cast member, aka “joker” received either a thumbs up or thumbs down for his performance during the outlandish tasks. The dares usually are contrived scenarios in which one joker is challenged to an embarrassing task with the general public, receiving commands from the other jokers surveying the dare with covert surveillance equipment.

Heading into its tenth season, the series is a reminiscence to other slapstick reality shows like Jackass, Scare Tactics, and Prank Encounters. However, no other similar show has had the success Impractical Jokers has acquired over the past decade. The series garnered 1.5 million viewers during its 2001 premiere. And even though a raging pandemic toppled media, the series was largely able to hold strong to its viewership.

Eric André’s special guest appearance marks a milestone amongst the plethora of famous guests appearing on Impractical Jokers through the years. The series has previously seen success showcasing stars like Joey Fatone of Friends, comedian Howie Mandel, the always unpredictable Gary Busey, hetero life-mates Jay and Silent Bob, and Flavortown’s own, Guy Fieri. While fellow comedian André has never appeared previously on the show, he seems to be the perfect addition for the prankers series.

While future installments of Impractical Jokers surely will feel different without one of the series staple founders, Eric André is a perfect choice to fill the comedic icon’s seat, at least for the first episode of the season. André has a lucrative resume filled with comedic troupes. He recently starred in the similar, but possibly more extreme prank antics strung throughout Jackass Forever. However, the actor, producer, stand-up comedian, television host, and writer is best known on Adult Swim, where he hosts The Eric André Show— a surreal sketch comedy skit with a standard late-night talk show get up.

For now, it appears Eric André is only set to guest star in the first episode of Impractical Jokers premiering on April 2nd directly following the NCAA Men’s Final Four match. However, his appearance hints that the show will include more guest stars going forward to fill the hole left by the departure of Joe Gatto. While the future of the series remains unclear after this season, there’s always the possibility that Gatto might make a triumphant return to his slapstick friends, once his personal life is back in place. 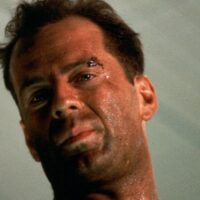