Actors have to be adaptive as they plan their careers. There’s no telling when the movie you’re in will become a trilogy or how many seasons you’ll get to star in your own television series. Still, an actor can do their best to plan ahead and know what they’re willing to do. According to insider Daniel Richtman, Henry Cavill wants to play Geralt in The Witcher until “he’s very old”.

So far, Netflix has released one season of The Witcher. The second season has wrapped up filming in the UK. There is talk of a third season and most people consider it a done deal, but there hasn’t been an official announcement from the streamer yet. The first season saw some of the highest rankings Netflix has seen and Henry Cavill got a great deal for season two, reportedly earning a payday of $400k per episode. With his future in the DC Extended Universe questionable, keeping his job on The Witcher would be a welcome sign of stability, so it makes sense that he might say he wants to keep the role until he is “very old”. But what does that mean exactly?

There are teenagers who feel that 23 is “very old”, so breaking this rumor down is immediately difficult. At present, Cavill is 38 years old. How old does Henry Cavill believe is “very old”? And how does someone ask that question without immediately becoming defensive of their own age? At present, the longest-running scripted television series is The Simpsons, which has been on the air for 32 seasons. With one season of The Witcher already aired, and 31 years to go, that could put the 38-year-old star at 69 years old, which most of us can probably comfortably call an advanced age.

Most television series aren’t going to hit 32 seasons, even long-running ones. A 15 season show like Supernatural is considered a rare star in the television universe. Is the 38-year-old Henry Cavill aiming for a 15-year run, putting him at 53 years old? Does 53 sound “very old” to a 38-year-old? Possibly. Do we think The Witcher has 15-year possibility? Or 10 seasons, even? That’s hard to say. So far, the longest-running Netflix Original scripted shows were Orange is the New Black with seven seasons (91 episodes) and The Ranch with eight seasons (80 episodes). The Witcher has some of the best numbers on the streaming service yet.

Does The Witcher have enough story to get Henry Cavill to old age? Maybe. The Witcher started off as a book series, and then a video game. These iterations have already shown that there is room for growth there. On top of that, Netflix is already working on a spinoff series called The Witcher: Blood Origin, so the streamer has shown they see room to turn this into a major franchise.

Just how long can The Witcher go for? Apparently, Henry Cavill is in for as long as the show keeps going. Maybe we’ll be seeing a 70-year-old Cavill still carrying his sword and hunting monsters on Netflix 32 years from now. 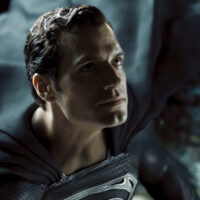 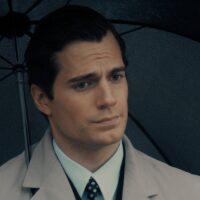