Related:
The Hellraiser Reboot Wanted To Get An Original Star Back

A new look of actress Jamie Clayton as the new Pinhead in Hulu’s Hellraiser was revealed on September 6th. The new reboot for Hulu has also recently revealed its first trailer, which shows the story and some of the cast. This new Hellraiser appears to continue the lore established in Clive Barker’s novel and the original 1987 film.

A brief 15-second teaser of the new Hellraiser was revealed last month, giving fans a sense of the tone and style. There’s certainly been much confusion from fans online regarding Clayton’s casting as the lead Cenobite. For those unaware, the original Pinhead was played famously by actor Doug Bradley.

During an appearance at Silver Scream Con, Bradley spoke about the new Hellraiser and expressed quite a bit of optimism for the casting. The actor admitted that he felt a new version of Pinhead would be coming and mentioned how he was familiar with Clayton’s work. Bradley believes that ultimately, the project would live or die on how good the story is.

The 1987 Hellraiser film was the directorial debut of Clive Barker, who wrote the novella that inspired the film The Hellbound Heart. After a lengthy lawsuit settlement, Barker reclaimed the American film rights to the story and character. He signed on as a producer for the new reboot.

Hulu’s Hellraiser reboot comes after the massive success of the Halloween reboot in 2018. The studio behind the project hopes to capture the same magic as Michael Myer’s return to the big screen, which grossed over $250 million at the box office. While the new Hellraiser won’t premiere in theaters, perhaps the studio is looking to reunite enough interest from fans so that a sequel could make its way to big screens in the future.

Hulu appears to be investing in a lot of horror content. In addition to the new Hellraiser, the streamer is reportedly about to add a new Alien vs. Predator movie. We reported through our trusted and proven sources that original Alien director Ridley Scott was in talks to possibly direct a new Alien series for the streamer.

Regarding the new Hellraiser, the story centers on a young woman coming into possession of an ancient puzzle box. In the trailer, we see the box summon the Cenobites and its leader, Pinhead. While she appears briefly, we get a sense of how Clayton will play the character.

It’ll be interesting to see how well the new Hellraiser does in the streaming landscape. As mentioned, the film will premiere on a streaming service that seems intent on filling its content with recognizable and popular horror IP. Not so long ago, it was reported that a new Predator series was coming to the streamer.

Fans of the 1987 Hellraiser can at least take comfort in knowing that the original story’s author is onboard the project. After the new reboot was announced, Barker said that the director David Bruckner and his team are “paying homage to what the first film created.” Hopefully, this will shine through in the film itself.

The new Hellraiser will hit Hulu on October 7th. 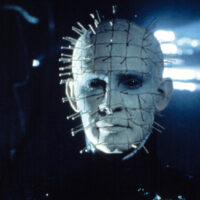 The Original Pinhead Speaks Up About Hellraiser Reboot With Female Pinhead

The Hellraiser Reboot Wanted To Get An Original Star Back