After starring in Netflix’s blockbuster comedy-heist drama, Red Notice, Gal Gadot has a busy schedule brimming with big projects. Before she returns to the DC Extended Universe to star in her third solo film as Wonder Woman, the actress will be seen playing the villain in Disney’s live-action take on their 1938 animated classic Snow White and the Seven Dwarves. After Gadot was chosen to play the Evil Queen and Rachel Zegler was brought on board as Snow White, everyone had been awaiting the House of Mouse’s choice for Prince Charming. But while Disney has finally picked a male lead, his character is not going to be a prince.

The Hollywood Reporter has revealed that Andrew Burnap has been roped in to play the male lead in the live-action adaptation of Snow White, opposite Gal Gadot and Rachel Zegler. His role is being kept mysterious. He’ll be the lead character in a story about Snow White and the Evil Queen, but he won’t be Prince Charming or The Huntsman. For now, the only detail known about his mysterious role is that he will be playing an original character specially created for the live-action adaptation and will be seen singing in the film. Deadline had earlier reported that the film is set to “expand upon” the story and music from the original.

The actor joining Gal Gadot in Snow White first began his career in 2016 with the short film The Layoff. In recent years, he has majorly starred in stage productions like Troilus and Cressida, This Day Forward, The Inheritance, etc. He also won a Tony Award in 2020 for his performance in The Inheritance. Burnap recently wrapped up filming the upcoming Hulu crime drama series Under the Banner of Heaven with Andrew Garfield as well as the Apple TV+ show, WeCrashed opposite Jared Leto. Here’s a look at the new male lead in Gal Gadot’s live-action Snow White:

The Disney remake will be directed by Marc Webb and produced by the Oscar-nominated Marc Platt. Reportedly, while Disney executives spend a lot of time finding the right Snow White, they always found Gal Gadot to be perfect as the Evil Queen. As for Gadot, the Wonder Woman star decided to say yes to the role as she was “intrigued” at getting the opportunity to join the likes of Angelina Jolie and Cate Blanchett who have been seen as classic villains in past Disney films. During a recent red carpet appearance, Gal Gadot admitted that she looking forward to playing the Evil Queen and is “excited to create an iconic villain character in my own voice.”

If a recent report by The Illuminerdi is to be believed, the live-action Snow White film will not be the only project Gal Gadot and Rachel Zegler will be starring in together. As per the outlet, Gadot will be appearing in a cameo role as Wonder Woman in the upcoming DC film, Shazam! Fury of the Gods. The much-anticipated sequel to 2019’s blockbuster Shazam! will see Billy Batson facing off against the three daughters of the mightly Atlas- Helen Mirren as Hespera, the oldest sister; Lucy Liu as Kalypso, the second daughter, and Rachel Zegler who is playing a yet unnamed third daughter of the Greek God. Chances are that Gadot will be lending a helping hand to Shazam in his fight against the trio, though the news has not received official confirmation yet. 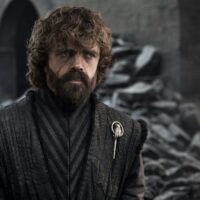