Believe it or not, there was once a time when Hollywood didn’t think Andrew Garfield was handsome enough to cast in a leading role. Although the actor is the talk of the country thanks to his not-so-surprising return to the role of Peter Parker in the Marvel Cinematic Universe’s reality hopping hit Spider-Man: No Way Home, which currently sits at No. 1 in the North American box office, Andrew Garfield revealed in a recent interview that his career almost went an entirely different direction thanks to one rejection early on. The only thing holding him back was being slightly less handsome than another Hollywood heartthrob.

Speaking to Entertainment Tonight, the actor revealed that he was obsessed with nabbing the role of Prince Caspian in Disney’s 2008 sequel to The Lion, the Witch and the Wardrobe as part of its Chronicles of Narnia franchise. Andrew Garfield said that he was “desperate” to land the role and even auditioned many times to play Prince Caspian. Unfortunately, despite getting to the final round of auditions, the role ultimately went to one of the only men who could give the Tick, Tick… Boom! star a run for his chiseled-jaw money, Ben Barnes.

Andrew Garfield wasn’t afraid to get into the embarrassing details of his defeat at the hands of Mr. Handsome himself, Ben Barnes, telling the outlet that he was “obsessed” with why he wasn’t chosen for the role. After hounding his agent about the part for too long, she finally admitted that the minds behind the Chronicles of Narnia franchise didn’t believe he was handsome enough to play Prince Caspian.

For those unfamiliar, the sequel to The Chronicles of Narnia: The Lion, The Witch and the Wardrobe, follows a handsome (obviously) young prince who learns that his claim to the throne puts his life in danger. With the world in peril, the kids from the original movie are sucked back into the magical land of Narnia where they find that, although a year has passed for them 1,300 have passed in the mythical land. They set off on a wild journey of witches, dwarfs, armies and magic spells in order to place Prince Caspian on his rightful place on the throne. If all that sounds like something Andrew Garfield could do just as well as Ben Barnes — you’re right.

That said, there are no hard feelings from Andrew Garfield regarding the way things shook out. In fact, with the benefit of hindsight, he’s able to recognize that Ben Barnes in a uniquely handsome man, even by his standards. There’s a reason it was laughable when Ben Barnes was cast as the horribly disfigured Jigsaw in Netflix’s The Punisher series.

As Variety notes, things worked out for Andrew Garfield in the end. Around that time, he was getting his start in acting with a role in Boy A in 2007 as well as some supporting roles in Lions for Lambs and The Other Boleyn Girl. Instead of becoming Prince Caspian, he went on to the 2010 dramas Never Let Me Go and The Social Network. They gave him some wind at his back that Ben Barnes simply didn’t get from the tepid response to the Chronicles of Narnia sequel. By 2012, he was the person Sony reached for to play Peter Parker in its reboot Amazing Spider-Man franchise.

One sequel and a multiverse jump later, and Andrew Garfield is in one of the top-grossing movies of all time and has people absolutely clamoring for his version of Peter Parker to make a comeback. Not bad for such a medium handsome dude, right? 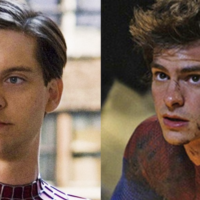 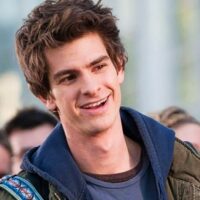