Legendary director Francis Ford Coppola (The Godfather) is ready to roll film on his next cinematic epic, and he just got a Hollywood legend to sign on. Oscar-winner Dustin Hoffman (The Graduate) has joined the film Megalopolis as a lead alongside Adam Driver, Forest Whitaker, and Nathalie Emmanuel. According to a report by Deadline, who broke the Hoffman casting news, the movie begins shooting this fall in Georgia.

The 83-year-old filmmaker hasn’t directed a major film since the 2011 horror fantasy Twixt, choosing instead to produce in recent years as he developed Megalopolis. Although the film has been in development for decades, very little is known about the film; a logline describes it as “The fate of Rome haunts a modern world unable to solve its own social problems in this epic story of political ambition, genius, and conflicted love.” However, that description is focused more on the theme; the film is actually about an architect’s efforts to rebuild New York City as a utopia after a disaster destroys it.

Francis Ford Coppola had reportedly gotten close to making the film over 20 years ago, but production stopped after the September 11 terrorist attacks on New York City, where the story is based. With production shifting to Georgia, it is not clear if Coppola is going to use other means – particularly digital effects – to recreate New York City off-location. The budget at the film is reportedly near $100 million, with the filmmaker bankrolling the production himself.

Megalopolis may be the final cinematic achievement of Francis Ford Coppola’s already illustrious and legendary career. The filmmaker scored some early critical hits in the 1960s and 1970s with Finian’s Rainbow and The Rain People, but his life changed when producer Albert Ruddy recruited him to direct the big-screen adaptation of Mario Puzo’s best-selling novel The Godfather in 1974. Despite a troubled production (dramatized in the Paramount+ series The Offer), the film was nominated for 11 Academy Awards and won three (Best Picture, Best Actor for Marlon Brando, and Best Adapted Screenplay) and went on to become arguably the greatest movie ever made.

Coppola followed that up with The Godfather Part II, which many say is superior to the first, which won six Oscars, including Best Picture, Best Actor (Robert De Niro), and his only Academy Award for Best Director. He was won a total of five Oscars in his career. His other films, including The Conversation, Apocalypse Now, The Outsiders, The Cotton Club, Dracula, The Rainmaker, and The Godfather Part III all solidified Francis Ford Coppola’s standing as one of the greatest directors to ever live. 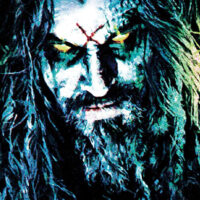