The beloved and acclaimed Francis Ford Coppola is making one last film and it seems like it’s shaping up to be an incredible one. The cast list has its main roles set, with Adam Driver, Forest Whitaker, Nathalie Emmanuel, Jon Voight, and Laurence Fishburne all set to star. Coppola is independently financing the film, which he also wrote and will be directing. The movie is called Megalopolis.

The 83-year-old Coppola is known for creating some of Hollywood’s most respected films, including The Godfather Trilogy, Apocalypse Now, and Bram Stoker’s Dracula. With Megalopolis, Coppola is hoping to leave his career with a film that will show that mankind and society can get better and that there is an optimistic hope for the future. The elevator pitch for the movie is that it will follow an architect who wants to rebuild NYC as a utopia after a disaster. This movie has long been a dream project for Coppola, with a script supposedly existing as early as the 1980s. The film was also reportedly ready to start production in 2001. After the 9/11 attacks, the premise of rebuilding NYC as a utopia after a major disaster would have been ill-timed. Now we’re finally going to get the movie in the future. Adam Driver will be playing the lead role as the architect, which surely would not have been the case in 2001 or the 1980s.

Apparently, Christian Bale, Jude Law, and Shia LaBeouf were also considered for the lead before Adam Driver was cast. Another interesting tidbit about the cast is the fact that Megalopolis will reunite Laurence Fishburne and Francis Ford Coppola after Coppola first directed him in Apocalypse Now. As the story goes, Fishburne was only 14 when the film was shot, marking the very beginning of the actor’s career.

Being in a Francis Ford Coppola film is surely an exciting prospect for Adam Driver to add to his long list of accolades. Driver had a busy 2021, appearing in three movies including Annette, The Last Duel, and House of Gucci. His 2022 has been decidedly quiet, but we are expected to get at least one Adam Driver film before the year is over with White Noise. White Noise will reunite Driver with his Marriage Story director Noah Baumbach. The movie is based on the book by Don DeLillo, which follows Jack Gladney. Jack is a professor who made his name by pioneering the field of Hitler studies. The film also stars Jodie Turner-Smith, Greta Gerwig, Don Cheadle, Andre 3000, and more. The last time Driver worked with Baumbach; he got an Oscar nomination. Maybe he can get the win for this next one.

While we don’t have a release date yet for Megalopolis, Francis Ford Coppola will no doubt want to finally get his dream project underway sooner than later. Regardless of when the movie is released, it’s probably a safe bet that Coppola, Adam Driver, and the rest of the cast and crew are going to make the wait well worth it. 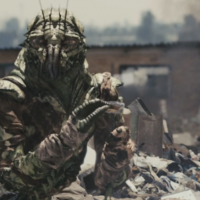 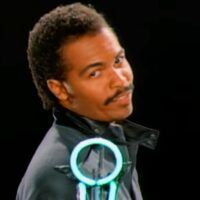 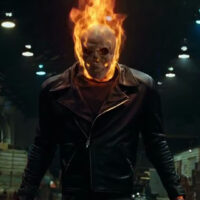