Warner Bros. Discovery has shelved Final Space to use as a tax write-off

Warner Bros. Discovery appears to be continuing its controversial tactic of erasing its own content in order to qualify for tax incentives, with the well-regarded Final Space animated series being completely buried by the company. According to the above statement by Final Space creator and star Olan Rogers, Warner Bros. Discovery has decided to allow the streaming rights to expire and when it is removed from Netflix, not release it in any form again. The company has also ceased production of physical media like DVDs for the first two seasons of Final Space, and DVDs for the third season apparently were never made in the first place.

This will make Final Space yet another casualty in the abrupt change in Warner Bros. Discovery’s business direction, which appears to be focusing on maximizing tax loopholes as a form of decreasing expenditures on things like, say, animated or live-action scripted content. By far, the most well-known project to be canceled by the company is the Batgirl movie, which was intended to star Leslie Grace as Barbara Gordon, Brendan Fraser as the arson-themed villain Firefly, J.K. Simmons as Commissioner James Gordon, and Michael Keaton returning to the role of Batman for the first time in decades. While it was initially implied that Batgirl had been canceled and shelved, sight-unseen, due to negative fan reaction to early screenings, it is generally accepted now that it was so the unreleased movie could be claimed as a financial loss and thus a tax write-off.

Much of the blame for the cancelation of projects like Final Space and Batgirl is being laid on Warner Bros. Discovery President David Zaslav, who assumed command of the merged WarnerMedia and Discovery, Inc and immediately announced the main priority of reducing costs for the company. It is worth noting that in addition to David Zaslav’s annual salary of $3 million, he contractually receives an annual $22 million bonus and receives stock options valued at $190 million, all of which makes him one of the highest-paid entertainment executives in the world. It appears that his main concept for cutting costs for the company is actually to cut the content of the company, which is an interesting tactic, as Warner Bros. Discovery is a multimedia entertainment company that depends on producing content for long-term financial viability.

Final Space will no longer be available to find online and, unless one already owns the physical media that has been produced so far, will become increasingly difficult for fans and potential fans to find otherwise. Part of what makes the cancelation of programs like Final Space so shocking is that they are not being shut down over quality concerns, controversy, or even lack of public interest, but simply to exploit tax laws that make it more profitable for companies to suppress creative work than to produce it. Perhaps, someday in the future, we will be able to find Final Space (or even see Batgirl in full), but for now, they are being locked away in the dark. 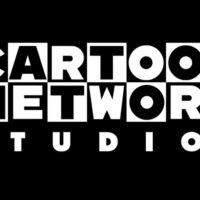 Cartoon Network Is Being Killed By Warner Bros. Discovery?