The initial plan for J.K. Rowling’s Fantastic Beasts and Where to Find Them film franchise was a five-film arc. The movies were to follow Eddie Redmayne’s magizoologist Newt Scamander as he traipsed through the Wizarding World set seventy years before Harry Potter. But now, according to insider Daniel Richtman, Fantastic Beasts 3 just may be the end of the series.

Richtman, on his Patreon page, stated that “Fantastic Beasts 3 will have a definitive ending and not leave it open-ended in case it bombs and they don’t wanna do more.” Of course, the tipster doesn’t give any more information but that one sentence, so digging deeper into it from his perspective is pretty much a wash, but Richtman has been fairly consistent in the past.

But judging from the box office from the first two films and the lesser than overwhelming critical response, one can see how Warner Bros. is beginning to get cold feet and hedge their bets. On top of that, there have been issues before and since the plague, ahem, the pandemic arrived and those behind-the-scenes controversies have not done the production any favors. Harry Potter/Fantastic Beasts author J.K. Rowling (she also penned the scripts for the first two Fantastic Beasts movies) has found herself in a bunch of hot water when she came out on the unpopular side of the transgender conversation. Her views, which she published in a lengthy essay on her website, have been widely shot down and have even earned the wrath of Harry Potter stars Daniel Radcliffe and Emma Watson as well as Fantastic Beasts’ Redmayne. Watson tweeted out that “trans people are who they say they are and deserve to live their lives without being constantly questioned or told they aren’t who they say they are,” while Redmayne concluded that “I disagree with Jo’s comments. Trans women are women, trans men are men and non-binary identities are valid.”

But Rowling hasn’t been the only issue Fantastic Beasts has seen. There is the Johnny Depp drama that was concluded with him getting fired. Well, technically he wasn’t fired but asked to resign given the legal troubles Depp has endured with his ex-wife Amber Heard. According to The Hollywood Reporter, even though Depp has been removed from Fantastic Beasts 3 (replaced by Mads Mikkelsen), the former A-lister will receive his full eight-figure salary. Depp had shot only one scene before things went south. Per THR, “Warner Bros. will be on the hook for Depp’s full salary, even though he only had shot one scene since production began on September 20 in London. Like many A-list stars, Depp had a so-called pay-or-play contract, which requires that he be fully compensated whether or not the film is made and even if it is recast. As is common with stars of his level, there was no morality clause in his contract, even though it was amended with each new installment. Technically, Depp was not fired by Warner Bros. but asked to resign. It is unclear what recourse it would have had if the star refused.”

Finally, there was the Ezra Miller’s choke-slam of a woman outside of Prikið Kaffihús, a bar in Reykjavik, Iceland. Miller seemed to have taken exception to fans who were a bit over-eager towards him, one female fan in particular. In the seven-second-long infamous video, it shows Miller asking a woman, “Oh, you wanna fight? That’s what you wanna do?” Miller then proceeds to grab her by the neck with both hands before taking her to the ground.

So, with everything in mind, it appears that Warner Bros. is preparing Fantastic Beasts 3 of the planned five to be its last. They apparently don’t have faith that all the bad press outside the production has won over many new fans and don’t wish to sink any more money into a losing cause. By the time Fantastic Beasts 3 is set to premiere (summer of 2022), it will be four years since the second entry. Not that movies haven’t seen such a gap before, but with the first two movies underperforming at the box office and the continued uncertainty with what movie theater attendance will look like, Warner Bros. appears to be backing away ever so gently. Of course, all this could change if the third movie receives an unexpected positive return at the box office. 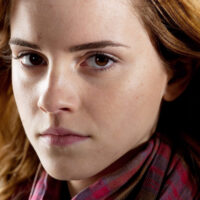 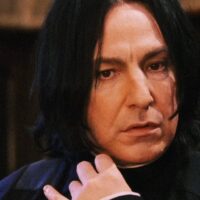