After a long lead-up, Red Notice was finally released on Netflix a few weeks ago. While Dwayne Johnson is involved in many projects, this was a particularly special one. He co-starred in the film with Gal Gadot and Ryan Reynolds, while also signing on as a producer. A few days ago, it was confirmed that Red Notice has broken records. After only two weeks of streaming, the movie surpassed the most-watched record set by Sandra Bullock’s Bird Box back in 2018. Now, a trusted and proven inside source for Giant Freakin Robot has shared that Red Notice has been greenlit for three sequels.

Dwayne Johnson is about to get very busy. In the past, he has said that he takes on movies that have the “Moses Effect“, which means they have such a draw for him that other projects get moved to the side to make room in his schedule. It seems like Red Notice’s three sequels have that pull for him. We were able to confirm that the three movies have been green-lit, which means that sequels are on the way. We have more questions about how the stories for these films will pan out.

Based on the ending of the first film, and his penchant for sequels, it seems most likely that Dwayne Johnson will return to act in Red Notice two, three, and four. It also seems likely that he will return as a producer. Will Ryan Reynolds and Gal Gadot also be returning? The ending of Red Notice hints that the trio will continue forward together. The ending felt like a turning point for the characters and a natural setup for future adventures together.

It would seem like getting Dwayne Johnson back together with his co-stars will be incredibly important for both the story and the marketing success for Red Notice’s sequels. Certainly, the draw of Deadpool, Wonder Woman, and Black Adam working together in an action-thriller was something that made the first movie so successful. It’s also certainly going to be quite the feat getting actors with such busy schedules back together again, but this may be something they’ve already planned for, given the story’s end.

While it’s still early days, those involved with Red Notice haven’t been able to avoid talk of sequels while doing interviews. The movie’s success had made it an inevitable question. Red Notice director, Rawson Marshall Thurber, has acknowledged that things are happening, though he isn’t able to reveal much about that yet. He has also acknowledged that the charm of Dwayne Johnson, Gal Gadot, and Ryan Reynolds made the movie what it is.

Right now, Ryan Reynolds is on a bit of a break from acting so he can spend time with his family. It doesn’t sound like that’s going to be for too long, but it does mean that filming for Red Notice 2 isn’t going to start up right away. Dwayne Johnson has lined up Jungle Cruise 2, Red One, and while Black Adam isn’t out yet, it seems likely he’ll have more live-action DC projects on the way.

Considering the restraints of their schedules, it seems very likely that part of the reason three sequels for Red Notice are being greenlit straight away is so that they can get three scripts together. While it may be a year or more before they can film Red Notice 2, if production can come together now, there may be hope of filming some of these sequels back-to-back for a shorter wait between the future films. Hopefully, that’s something Netflix will be able to make happen. 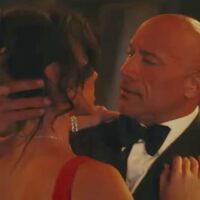