Will Smith slapping Chris Rock at the Academy Awards a little more than a week ago is a story that will be in and around the public consciousness for years to come. It’s already led to some career fallout for Smith and nearly everyone in and around Hollywood has had an opinion on the situation. Denzel Washington was someone who found himself close to the altercation, being one of the first people to talk to Smith after the incident and giving some advice to the actor at the moment. Over the weekend Washington clarified some of the statements he made at the time and the advice he gave Will Smith at the moment.

While appearing with Pastor T.D. Jakes at the Leadership Summit (via Deadline), Denzel Washington discussed what he said to Will Smith at last Sunday’s Academy Awards and how he tried to guide the actor in the wake of the events. It was known that, at the time, Denzel Washington had referenced the devil in regards to how Will Smith reacted to the Chris Rock joke, and that the two had convened following the incident and before Will Smith actually won the award for Best Actor. Washington talked with Jakes about what he said to Smith at the time.

“There’s a saying when the devil ignores you, then you know you’re doing something wrong. The devil goes, ‘Oh, no, leave him alone, he’s my favorite.’ Conversely, when the devil comes at you, maybe it’s because he’s trying to do something right. And for whatever reason, the devil got a hold of him that night.”

Denzel Washington went on to talk about how he and Will Smith prayed backstage and how Tyler Perry joined in as well. Washington seemed to think this was the best course of action at the time and how he could help Will Smith following the incident. Obviously, since last Sunday there’s been significant backlash against Smith within the industry. For starters, the actor resigned from the Academy after publicly apologizing to both the group and to Chris Rock. A couple of his future productions were put on hold as well with Bad Boys 4 and Netflix’s Fast and Loose both getting a pause from the studios.

Denzel Washington was at the 94th Academy Awards in part because he was competing with Will Smith for the Best Actor nod. Washington had been nominated for his role as Lord Macbeth in The Tragedy of Macbeth. But Will Smith took home the honors for his turn as Richard Williams in King Richard. The comments he made in his acceptance speech were the first following the incident with Chris Rock in which the comedian made a joke at Jada Pinkett Smith’s expense. That led to Will Smith walking on stage and producing the slap that everyone’s been talking about since.

As for Denzel Washington, it’s unclear what the future holds for the legendary and iconic actor. He has spoken in the past about possibly retiring from acting, saying that he’s essentially done everything he’s set out to do in the industry. After The Tragedy of Macbeth, he doesn’t have any other productions lined up at the moment, so he could be following through on those comments. Time will tell on that front for the actor, and Shakespeare could have been his last work. 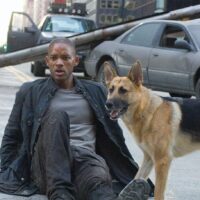