Denzel Washington could be headed for yet another strong awards season early next year with his latest movie tracking as one of the better ones in quite some time. It’s another accomplishment for one of the best actors to ever grace the big screen. But could we be nearing the end of the line for the actor’s career? He’s hinted that he might not have too many movies left in him and that he’s considering moving away from doing more productions. If that was the case we’d be losing one of the best to ever do it.

In an interview with ET Online, while doing promotion for his latest movie, Denzel Washington discussed how he saw the rest of his career playing out and what he thought was in store for both the short and long term. From what he had to say, it didn’t seem like he envisioned too many more movies coming down the pike. Though he hinted at a couple of possible projects he could still get excited for, and maybe even something else around Shakespeare, it looks like things are winding down for Washington. Here’s what he had to say:

“I’m about the challenges. At this point, like the character, I’m in the yellow leaf of my career. To be quite honest, looking to do other things. So as far as acting, it’s gonna have to be an extreme challenge for me to be interested,” Washington shared. I’ve been talking to one or two of the top directors in the business, and we’re talking about maybe doing something. There’s not that much left for me to do as actor. Maybe Lear.”

Considering the length of his career, it’s not crazy to hear Denzel Washington talk about walking away in this respect. He’s about as accomplished as it gets in the industry and it wouldn’t be crazy to think that he’s done almost everything there is. His latest film, The Tragedy of Macbeth could be headed for an awards run as well. He plays Lord Macbeth opposite Frances McDormand who plays Lady Macbeth. Together they help retell the famous Shakespearean play. By early accounts, it’s a true winner. The Rotten Tomatoes score is sitting at 98% and on Metacritic, it’s at 89. The consensus seems to be that they nailed this movie.

The Tragedy of Macbeth is directed by Joel Coen and it is his first solo work after pairing with his brother Ethan for many films. In addition to Denzel Washington, there is Corey Hawkins as Macduff, Brendan Gleeson as King Duncan, Kathryn Hunter as the Witches who point the titular character in all the wrong directions, and Harry Melling as Malcolm. The movie will officially release on Christmas Day.

If Denzel Washington were to win an Oscar for The Tragedy of Macbeth, it wouldn’t be his first. He’s won once for Best Actor with Training Day and also for Best Supporting Actor with Glory. He also had nominations for Malcolm X, The Hurricane, Flight, Fences, and Roman J. Israel, Esq. It stands to reason he will at least be in the mix this next time around considering the buzz his latest movie is getting.

And in terms of the next steps for his career, it doesn’t look like Denzel Washington is bluffing when it comes to moving on. He has no other productions currently in development. He mentions talking to other directors but obviously was non-specific about who those would be. For now, we might have to just enjoy this latest movie. It could be his last. 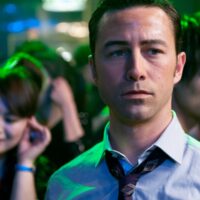