It’s the straw that broke the camel’s back for the movie theater industry. The CDC now recommends that gatherings of more than 10 people be prohibited nationwide. In response, some states have begun mandating a shutdown of all restaurants, movie theaters, and recreational facilities.

In most states the ban allows restaurants to serve curbside take-out and keep drive-throughs open. The bans also allow grocery stores and pharmacies to stay open. But it’s clear they want everyone to stay in.

No explanation was given for the sudden change in direction, though the obvious conclusion is that the Chinese government is worried about a renewed wave of infection. Unfortunately according to THR this time the close is likely to be even longer than it was the first time around. We could be looking at all of 2020 without movie theaters in China, and the box office damage to Hollywood will be absolutely devastating. Expect to see entire movie studios go out of business if this persists.

When the first 500 Chinese movie theaters briefly opened last weekend and it did not go well anyway. According to Variety those theaters only managed to bring a combined total of $10,000. That might as well be nothing. Even one movie theater can normally bring in $10,000 in a single day period. This was the combined total for 500 theaters over an entire weekend.

Those 500 theaters represent only 5% of the total theaters in China. More are slated to open soon. But even if they do open, it doesn’t look like Chinese people are ready to go back to them. The question is… will they… or will any of us… EVER be ready to go back?

The Coronavirus has made an indelible mark on society. The hesitancy of the Chinese people to return to watching movies in big groups could signal bad news for the future of the movie industry there, and in America.

In the thick of a pandemic with all the big studio chains completely closed, the movie industry has managed to set a brand new box office record. They’ve matched an all time new low of zero.

This marks the first time since 1994 that has happened. Technically there are still 300 movie theaters open in scattered parts of the country. Some of those are probably drive-ins, but drive-ins don’t report box office numbers. So the movie studios aren’t even reporting box office numbers at all anymore. Whatever little money those three hundred or so movie theaters did earn, isn’t being counted at all.

It’s expected that the last three-hundred or so theaters left will close soon. That includes the drive-ins, as states enact stay-in-place ordinances which would make even keeping them operating dicey.

In 1994 plenty of people actually saw movies, but reporting was interrupted by the Northridge Earthquake on January 17, 1994. So technically, even though both that week in 1994 and this week are reporting $0 earned, waaaay fewer people went out and saw movies this week than they did back then. I think it’s safe to say there were fewer people in movie theaters this week than since the advent of the talking picture.

Worst of all, it’s a record that’s likely to be matched next week. And the week after. And the week after as we self-sabotage our global economy in a desperate bid to combat a pandemic. Here’s hoping there’s something left to come back, when it’s all over.

Movie Studios Gives Up On Theaters

Warner Bros., now unable to release movies in theaters, is trying to rush content onto streaming platforms to create more revenue streams. Their first move is to get Birds of Prey streaming early. They’ve announced that Birds of Prey will be available on demand March 24th.

Universal is also taking steps to try to minimize their losses while also providing some entertainment to the many who are locked away in their homes.

At the present time, Universal has three movies in movie theaters right now, Emma, The Invisible Man, and The Hunt and they will be making these three titles available as early as Friday via Video On Demand. This is an unprecedented move as all movies usually take about three months after their theatrical run before they are made available for DVD release or digital streaming.

In another big move by the movie studio, Trolls World Tour from Dreamworks Animation is scheduled to hit the movie theater on April 10, 2020. Universal is going to make that movie also available On Demand as well as the theaters (providing they haven’t shut down).

All movies will be available for a 48-hour rental period with a cost of $19.99 per title. Yes, this is significantly more expensive than your normal Redbox rental but consider these are brand new releases. This has been an idea floating around for years now, but movie theaters were not on board. This could turn into a “test phase” to see how the public reacts, maybe giving studios the thought of making this a more permanent route to get their movies in front of as many eyes as possible.

Cinemark was the last of the three big theater chains (Regal, AMC, Cinemark) to give up and shut their doors in the face of the Coronavirus. But now they too have closed all 345 of their movie theaters in North America.

They issued the following, depressing statement: “Through these absolutely unprecedented and evolving times, one thing will not change, and that is Cinemark’s dedication to its team members and moviegoers. The decision to close our U.S. theatres was incredibly tough, but we know it is the right thing to do as global Coronavirus concerns continue to escalate. We will closely monitor recommendations of national and local governmental health organizations and look forward to inviting everyone to once again enjoy experiencing the movies with Cinemark.“

We don’t know when, or I suppose indeed if, they’ll ever reopen at this point. The Coronavirus can’t last forever, but how long can they remain solvent without any income? It’s a race against time to see whether the Coronavirus runs its course or their corporation fails, first.

Regal Cinemas are done. Shortly after the CDC announced new guidelines recommending gatherings of no more than ten people be allowed, the theater chain mega-giant raised the white flag and shut down its entire operation.

All Regal Cinemas theaters are now closed until further notice.

Regal Cinemas is the second biggest movie theater chain in the United States, with 542 locations in 42-states. They were the first major chain to shutter their doors in the face of the stay at home onslaught that is the Coronavirus.

Speaking to the trades Regal execs issued this statement: “Any time, at any Regal, it’s our goal to provide a safe and healthy environment for our employees and guests… At this time, we have made the difficult decision to close our theaters. We value our movie-loving customers and have no doubt we will be serving them again as soon as possible with a full slate of Hollywood blockbusters. The Cineworld Group and Regal Theatres are strong, standing on solid ground and our continued goal is to be The Best Place to Watch a Movie!”

At first AMC tried to stay open by instituting policies which would allow them to get around the CDC’s recommendations to keep audiences small. But when the CDC lowered their recommended gathering limit to ten people or less, AMC had no choice but to give up and shut down. So they have.

AMC theaters has announced that they’ll be suspending all operations for the next six to twelve weeks. AMC is the largest cinema chain in the United States with over 630 locations nationwide.

A twelve week shutdown would mean they’ll be closed until June 6, 2020. Several big movies like Wonder Woman 1984 and Black Widow are still scheduled to be released before then. Now they’ll have nowhere to be shown, which likely means the studios behind them will have no choice but to reschedule the films.

With the world in a virtual tailspin because of COVID-19, the Coronavirus, various businesses are attempting to reinvent themselves in order to survive during the mass shutdowns. With the doors closing on all aspects of entertainment, the movie industry is looking for ways, other than shifting release dates, to get their movies to the public without them having to gather in a movie theater.

It goes without saying that the movie industry is a creative lot (remakes be damned!). So, one would think a creative mind could come up with an original idea on how to get their film to the masses. Look no further as the good people behind the upcoming independent comedy Phoenix, Oregon, have devised a way for their film to be seen. The movie stars James Le Gros, Jesse Borrego, Lisa Edelstein, Diedrich Bader, and Kevin Corrigan and tells the story of two friends who are going through a mid-life crisis and decide to quit their jobs to open a pizzeria/bowling alley together.

Their idea allows for viewers to see their movie, while also supporting the local movie theaters. Their idea, which they announced via a press release, would allow for movie goers to purchase tickets for the movie at a theater they would normally go to see the movie. With this purchase, they would gain a proof of purchase that gives them access to a digital release, thus allowing them to watch the movie without risk of COVID-19 exposure.

The process is simple enough. You first go to the movie’s official website. Find a theater where the movie was scheduled to start on March 20. Don’t worry, even if it isn’t in your location, you can still purchase a ticket. Once purchased, you email a copy of your receipt/confirmation to home@phoenixoregonmovie.com. Once they have verified the purchase, you will not only get a one-time link to the movie for immediate viewing, you will also receive a free digital download when the movie becomes available for purchase in the summer. 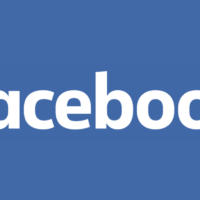 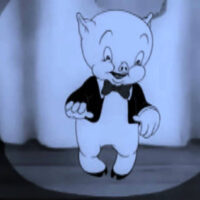