The Invisible Man Review: Destined To Stand Among The Year’s Best Movies

By Brent McKnight | 11 months ago

The last attempt Universal made to reboot one of their classic movie monsters for a modern audience, 2017’s Tom Cruise-starring The Mummy, did not go well. It was so poorly received, in fact, that they scrapped plans for a shared creature universe in the vein of Marvel. Yet if their latest try, Leigh Whannell’s The Invisible Man, is a roadmap to future movies, that may have been the best possible outcome.

In place of cranking out a series of massive scale blockbusters to compete with Marvel, DC, Star Wars, and the other biggies, they took a different approach. They handed the reins over to low-budget genre producers Blumhouse. Instead of a bloated $125 million budget, they turned around a $7 million horror film that’s not only virtually guaranteed to make a profit, in the hands of Whannell (director of last-year’s underseen Upgrade and one of the minds behind the Saw franchise), to deliver a terrifying, emotionally pummeling story. Even in this early going, The Invisible Man is destined to stand among the best of the year.

Whannell, who also wrote the Invisible Man script, updated the source material, which was originally based on H.G. Wells’ novel, in a way that feels all too current and timely. He combines a clever use of special effects, an eerie but effective framing strategy, and fantastic performances all around, especially from lead Elisabeth Moss (Us), to create almost unbearable tension from beginning to end. This is the kind of movie where you exhale in a moment of release only to realize you were holding your breath the entire time.

Trapped in an abusive marriage with rich tech visionary Adrian Griffin (Oliver Jackson-Cohen, The Haunting of Hill House), Cecelia (Moss) escapes. Traumatized by her experiences, when Adrian kills himself, she thinks her nightmare is over. Until she becomes convinced he faked his death, turned himself invisible, and continues to torment her.

What follows in The Invisible Man begins rather as expected, though executed in incredibly effective fashion. While they want to support her, Cecelia’s friends—James (Aldis Hodge, Straight Outta Compton), his daughter Sydney (Storm Reid, A Wrinkle in Time), and her sister Alice (Harriet Dyer, The Other Guy)—don’t believe her, of course, thinking she’s coming unhinged or suffering PTSD. We, however, know better. Adrian turns everyone she cares about against her, isolates her, and makes everyone around her question sanity. It’s all very similar to what he inflicted on Cecelia when they were together.

Whannell and Invisible Man cinematographer Stefan Duscio (Sweetheart) use wide shots full of negative space to create a creeping dread. Cecelia stands at the stove, the kitchen opens up behind her; or as she’s being interviewed by the police, we can’t take our eyes of the empty area in the corner.

The framing and staging offer rewards for careful, eagle-eye viewers—a subtle movement at the edge of the frame, a footprint on the carpet, a disembodied breath on a chilly night. It’s a simple strategy, one that seems almost too easy, but one that’s also a remarkably efficient way to play on audience expectations. Nothing in The Invisible Man looks as sinister as a still shot of vacant space.

From the get go, The Invisible Man is a class in escalating pressure. We begin with Cecelia executing her carefully plotted breakout. And the pace and strain rarely flag for the next two hours. While the early going is rather expected (though again that works fantastically well), Whannell and company take the story in unexpected directions as it progresses.

The Invisible Man’s script gives us only the information as we need in a given moment. It hints at what Cecelia suffered, but lets us fill in the gaps; instead of bogging us down with details about how Adrian turned invisible, we’re introduced to bits of tech, just enough to make it believable without writing a thesis about it. Whannell trusts the audience to draw their own conclusions and chooses that path as opposed to long bouts of extraneous exposition.

More horror, stress, and ever-increasing terror, there’s not a ton of action in The Invisible Man. But there is one major set piece in the middle of the film that reminds us Whannell can stage the hell out of action when he wants to. It’s inventive and unusual—imagine fighting an enemy you can’t see and how difficult and terrifying that would be, and it captures that sensation. Not an effects-heavy movie—it’s nice when you can film a vacant hallway and instill a sense of fright—when The Invisible Man does deploy them they more than get their money’s worth.

For as good as everything else is, Elisabeth Moss drives the entire film. The supporting cast is excellent, especially, Hodge and Reed, who get the most to do, but she’s what makes it all go. Moss plays a tortured, broken woman, unraveling and pushed to the edge, but she’s also not going to go easily. Cecelia is damaged and strong, harried and determined, and provides another showcase for Moss’ prodigious talents.

The only knock against The Invisible Man is that at times, in a few spare moments, you feel the two-hour runtime. There are a couple of instances where they’ve made the point and said what they mean to say, but things stretch out a bit longer than necessary. In the big picture, these aren’t a huge deal. Most movies feature much more egregious wastes of time, and though the pace may dip a touch here and there, these are minor speedbumps.

Harrowing and resourceful, using ingenuity and imagination rather than unlimited funds, Leigh Whannell skillfully constructs a tight, terrifying horror film. We don’t know what the future holds for the new iteration of Universal’s movie monsters, but if The Invisible Man is any indication, and they keep handing their properties to interesting filmmakers—Paul Feig is on tap to direct Dark Army, which will combine multiple Universal monsters—we’re in for some good times. 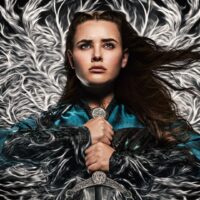 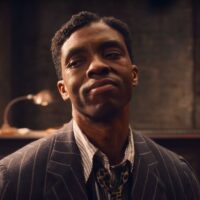 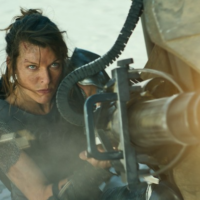