Since 2000, Clint Eastwood has spent most of his time behind the camera instead of in front. In those twenty-one years, Eastwood has been in front of the camera a mere six times while taking the lead as director in seventeen films. One underrated film, where Eastwood held both duties as actor and director, is now available on Netflix.

Space Cowboys is a fun film, not only for its story but for the fact it brings together four popular actors who were beginning to take that turn toward the twilight of their careers. Clint Eastwood stars as Colonel Frank Corvin and he is joined by Tommy Lee Jones as Colonel Hawk Hawkins, Donald Sutherland as Captain Jerry O’Neill, and the late James Garner as Captain Tank Sullivan.

The setup begins back in 1958, where Frank and Hawk are U.S. Air Force test pilots. The pair is testing a modified Bell X-2 when Hawk decides he wants to break the height record. Things don’t go well as the plane breaks apart, causing the men to eject as the plane crashes to the ground.

Back on the ground, Frank (Clint Eastwood) and Hawk (Tommy Lee Jones) get into fisticuffs before they are broken up by Jerry. The two are taken to task by their boss, Bob Gerson (James Cromwell) before he announces that the newly formed NASA will take over conducting test flights.

Fast forward to the present day. NASA is in trouble and in need of help. They have been tasked to prevent IKON, a soviet communications satellite, from decaying and crashing into Earth. The problem here is the satellite is run on an archaic electronics system that Frank designed. Bob, who replaced Frank and his crew in the ’60s with a chimpanzee, now needs Frank’s help. Frank, who still despises Bob, is reluctant at first but agrees only if Bob allows Frank’s former team to assist. Bob agrees, but only if Frank allows a couple of younger astronauts to train alongside the aging ex-test pilots on the strong chance that they are unable to pass the strict astronaut regimen.

The fun begins when the elderly four reunite and begin their training. They take their lumps as Bob has the younger astronauts join in. His plan: to replace the older men with the younger ones right before launch. Those plans get scuttled when the Vice President gets involved and convinces Bob that the older astronauts must be part of the mission for publicity’s sake.

Eventually, the Space Shuttle, along with the four space cowboys and two younger astronauts, lift off and track down IKON. They also quickly realize that IKON is not a communications satellite, but instead a spaceship that houses six nuclear missiles. Clint Eastwood’s character then discovers that the KGB stole his designed control system from Bob’s files and that it is set to launch the nuclear missiles at predetermined targets as soon as the ship falls out of orbit.

To stop IKON from decaying and falling out of orbit, Frank and his crew must use the payload-assist rockets to push the spaceship into deep space. When one of the younger astronauts decides to follow Bob’s original orders, things go from bad to worse for the space cowboys.

The only answer is a tough one. One of the astronauts must board IKON and manually fire off the rockets to push it to deep space.

Clint Eastwood and his production team received full support from NASA and the U.S. Air Force while filming Space Cowboys. They were allowed to film many of their scenes at the Kennedy Space Center, the Johnson Space Center, as well as the Cape Canaveral Air Force Station.

Space Cowboys was also a surprise critical hit that fared well at the box office, given the fact that the movie was led by the four aging actors. Clint Eastwood was given a $60 million budget and was rewarded with a nearly $130 million haul.

Space Cowboys premiered in 2000 and marked the beginning of Clint Eastwood’s major step away from appearing in front of the camera. Of the five films he appeared in since, Blood Work, Million Dollar Baby, Gran Torino, Trouble with the Curve, and The Mule, Eastwood directed each film except Trouble with the Curve.

Clint Eastwood is a legend and at 91-years-old, should be enjoying his retirement. Should be–but isn’t. In fact, Eastwood already has one more film lined up with Cry Macho, a film where he is both in front and behind the camera. Is he ready to call it quits? According to Eastwood, “I do want to continue to progress in life, still at my age,” he said via the Mirror. “I don’t want to stand still or go backwards. You never know when you’re going to give up. But I’m enjoying it.”

Where he goes after Cry Macho is anyone’s guess. He’s made his career as The Man with No Name in those famous Spaghetti Westerns, then as Dirty Harry Callahan in his quintet of Dirty Harry films, and in many various westerns and cop films. Clint Eastwood has earned his legendary status and it’s great to see, even at his age, that he continues to crank out wonderful work, whether it be behind the camera or in front. Space Cowboys can now be seen on Netflix. 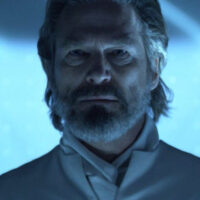 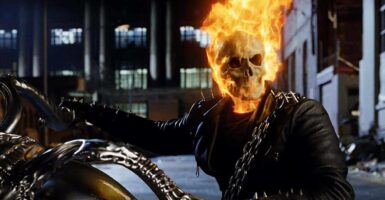