A beloved Disney animated character will be returning to the big screen next summer, but not in the way you might think. Disney and Pixar just released a teaser trailer for the upcoming project, Lightyear, an origin story for the real Buzz Lightyear from the Toy Story franchise. Disney has cast Chris Evans as the lead in the sci-fi animation movie, and although the trailer has left us with more questions than answers, we are all in for this spectacular Lightyear trailer.

See Chris Evans as Buzz in the official Lightyear teaser trailer below:

With a fitting score choice of David Bowie’s classic “Starman”, the opening shot of the Lightyear trailer shows a busy space station, prepping for a rocket takeoff, as the countdown to blast off sounds and we get our first look at the newly animated space ranger voiced by Chris Evans as he prepares for what will surely be a legendary mission. The Lightyear trailer offers a glimpse at some fond memories from the Toy Story films such as the iconic Buzz Lightyear suit, and a teaser at the infamous line “To affinity and beyond”. We also get a first look at some new characters being introduced, such as a sure-to-be silly cat companion, and even a sidekick robot that looks like something straight out of Wall-E.

Lightyear was first revealed last year during Disney Investor Day when it was also announced that Chris Evans would be joining the project. The Director of the new movie, Angus MacLane, was previously the co-director of Finding Dory, along with the numerous Pixar short films including the television special Toy Story of Terror. Although the film is being touted as Buzz Lightyear’s origin story-the film will not be connected to the Tim Allen Buzz in the Toy Story films. Instead, MacLane detailed that the film would be a movie that Andy would have gone and seen in the Toy Story universe.

In the first Toy Story, Buzz Lightyear believed himself to be a space ranger, while Woody tried to convince him he was just a toy. In his new role, we are hopeful to see Chris Evans bring back some of the same sci-fi cliches that Buzz often referred to in the movies from his built-in character beliefs. Little has been confirmed on the movie’s synapse, but it is likely we may see the return of Buzz’s notorious nemesis, Emperor Zurg, and (wishfully) our favorite squeeze-toy little green men. Likewise, being that this is a Disney film, we are also likely to see plenty of easter eggs from material strewn across Disney.

In an interview for Entertainment Weekly, MacLane discussed his excitement for working on the film, along with his motivations. At its core, Lightyear will be a family-friendly epic sci-fi. MacLane says that he hopes to give audiences the type of sci-fi movie that he grew up watching, with more “modern sensibilities.” Chris Evans also discussed his elation for the role. Evans stated, “Anyone who knows me knows that my love for animated films runs deep. I can’t believe that I get to be a part of the Pixar family and work with these truly brilliant artists who tell stories unlike anyone else. Watching them work is nothing short of magic. I pinch myself every day.” You can zoom to infinity and beyond and see Lightyear in theatres on July 22, 2022. 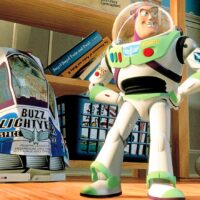