From their inception in 1981 after a double-feature viewing of the unfortunate musicals Can’t Stop the Music and Xanadu, the Golden Raspberry Awards have been controversial. Given the intense state of rabid fandom facilitate by social media, an award given out to the worst of the worst in the world of film has only been criticized that much more. This particular year was maybe one of the most controversial, as the Razzies decided to create a new category: Worst Performance by Bruce Willis in a 2021 Movie. This was prompted by the Die Hard actor’s remarkable run of seven different low-rent films in a single year, the exact kind of thing the Razzies takes not of. It has now been reported that Bruce Willis is retiring from acting after a diagnosis of aphasia, a disorder that affects communicative (and in his case) cognitive ability. While the Razzies have never been a “respectable” ceremony in the usual sense of the word, giving an award specifically calling out an individual suffering from a debilitating condition caused by brain damage seems even more tasteless than usual.

The condition suffered by Bruce Willis came as a surprise to many when it was relayed by his family via social media, and caused a wave of sympathy the world over. In recent years, Willis’ perceived willingness to appear in any number of poorly-regarded action movies was often attributed to the Looper star’s notorious difficult reputation. In retrospect, it seems more like Bruce Willis was taking relatively easy work while he still had the cognitive ability to do so, which he can hardly be blamed for. It is all the easier to understand when Bruce Willis has one of the more accomplished filmographies in modern Hollywood and has proved himself as both an actor and film star many times over.

In their recent ceremony, the Razzies awarded the 2021 Bruce Willis movie Cosmic Sin. This was his third Razzie after wins in 1992 for his adventure-comedy-musical Hudson Hawk and 1999 for collectively Armageddon, Mercury Rising, and The Siege. The Razzies immediately came under criticism but have stated they will not rescind the award. They also were heavily criticized for the language of a Tweet in which they expressed sympathy for Bruce Willis, but was perceived as disrespectful. Judge for yourself:

They swiftly followed that up with another Tweet explaining they had not been aware of Bruce Willis’ condition prior to the 2022 award ceremony (which takes place the day before the Academy Awards, which had its own controversy this year). Here’s the second Tweet:

It probably does not help that in a statement to TheWrap, Golden Raspberry founders John Wilson and Mo Murphy maintained the position of their Tweets and actually doubled down on it. They said Bruce Willis’ management team should have paid better attention to the quality of his recent film output and its effects on his legacy. That is a pretty intense position to take under the circumstances, but it looks like the Razzies are sticking to it. 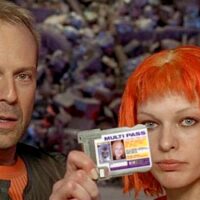