David Leitch’s Bullet Train is set to roll into theatres this July. At the centre of this all-star cast is Oscar-Winning actor Brad Pitt. Now, thanks to Empire, fans have been granted an up-close examination of his portrayal of the reluctant assassin known as Ladybug.

Of Brad Pitt’s Ladybug character, seen below sporting glasses, a bucket hat and an overcoat, Bullet Train director David Leitch had this to say when he was interviewed by Empire: “He’s having an existential crisis as all of these horrific things are happening around them. It makes him really relatable.” This slightly quirky spin on a central character in a violent action movie leads Leitch to expand on the overall nature of the film; “You hear the title Bullet Train and you think, ‘Hard-boiled action.’ But really it’s a deliriously fun, heightened, comedic action thriller.” See Brad Pitt as Ladybug in the new image below.

Around a month ago the trailer for Bullet Train was released and Brad Pitt’s Ladybug character played centre stage. Ladybug is introduced as an assassin wanting to turn to a life of peace, but confronted with a job aboard a high-speed Japanese train. Pitt is just one of several Hollywood A-listers portraying underworld mercenaries and contract killers all fixated on a mysterious silver briefcase.

Fun, comedic action thrillers have become David Leitch’s strong suit as of late. The Bullet Train director started out working in stunt crew units in the film industry before graduating to the co-director’s chair for the groundbreaking John Wick. Leitch followed up the smash-hit John Wick by going solo, directing slick action thriller Atomic Blonde starring Charlize Theron, before branching out to include a touch of comedy in Deadpool 2 and Fast & Furious: Hobbs & Shaw. With that impressive C.V. and Leitch’s own words ringing in fans’ ears, it is clear to see that Brad Pitt has landed himself in a very sought after role.

As well as this, in Bullet Train, David Leitch has recruited an impressive cast to board the project with Pitt. Among the stars in the film are Zazie Beetz, Joey King, Aaron Taylor-Johnson, Michael Shannon, Logan Lerman, Brian Tyree Henry, Hiroyuki Sanada and Brad Pitt’s The Lost City co-star Sandra Bullock. Hollywood will be hard-pressed to find a better ensemble than this all year.

Brad Pitt’s Ladybug looks set to be his second comedic portrayal of 2022 after the aforementioned The Lost City and just like his Bullet Train director, Pitt is more than adept at the action-comedy genre. His Oscar-winning role in Quentin Tarantino’s Once Upon a time in Hollywood had elements of hard action and frequent displays of dry wit and who could forget his starring role in the action-comedy caper Mr & Mrs Smith?

However, despite all the images and trailers of Bullet Train, coupled with the tropes of the key creatives involved, the film could have had a very different tone. As reported by ScreenRant, Brad Pitt’s co-star Aaron Taylor-Johnson implied that the film initially was going to be a very straight, hard-nosed R-Rated action movie. It was only when the fun atmosphere on set came into play that the film turned in a comedic direction.

As it stands, the shift in tone during Bullet Train’s production looks to be both Brad Pitt’s and fans’ gain. Everything, from the cast, the trailer, Brad Pitt’s goofy look and character is pointing toward Bullet Train being one of the most raucous films of the year when it is released in US theatres on July 29th. 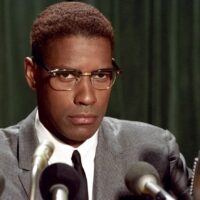