We’re only a few weeks into 2021, and it seems like Netflix already has its first hit movie of the year. Outside the Wire, a new science-fiction film starring and produced by Anthony Mackie is currently the #1 film on Netflix in the United States, and in several countries around the world.

What’s on Netflix, which tracks the rankings on Netflix’s top 10 movies and TV series in various countries, says that Outside the Wire is currently the #1 film not just in the United States, but in Brazil, Canada, France, Germany, Mexico, Netherlands, Spain, and the United Kingdom. Since Netflix is stingy with releasing actual numbers on their shows, it’s not clear if Outside the Wire the most-watched film that people are actually finishing, if people only watched a few minutes of the film, or if Netflix is just trying to push their new Anthony Mackie project.

Yet considering Netflix recently announced that they would release a new Netflix Original every week throughout 2021, Outside the Wire is a promising start to the year for the streaming service. In Outside the Wire, Anthony Mackie plays Leo, an android military officer, who teams up with Damson Idris’s Lt. Thomas Harp, a drone pilot, to try and stop a global catastrophe from occurring. The film also stars Emily Beecham from Into the Badlands, House of Cards’ Michael Kelly, and Game of Thrones’ Pilou Asbæk. Outside the Wire is directed by Mikael Håfström, who previously directed the Anthony Hopkins horror film, The Rite and the Arnold Schwarzenegger and Sylvester Stallone-starring action film, Escape Plan.

Despite its current high-standings on Netflix, Outside the Wire isn’t getting the best reviews, but critics and audiences do seem to like Anthony Mackie and the film’s special effects. The film currently has a 34% from critics on Rotten Tomatoes, with an audience score of 33%, while Metacritic has Outside the Wire at a 47 score, with a 3.7 user score. Glenn Kenny of RogerEbert.com said, “The visual effects are decent, the cast is better than decent, and that’s all folks.” Brian Lowry of CNN.com said, “unlike its futuristic hero, there’s nothing special about it.”

This looks to be a major year for Anthony Mackie on various streaming services. Outside the Wire is just one of the actor’s films coming to Netflix this year, as he will also be appearing in Hanna director Joe Wright’s long-delayed film The Woman in the Window. The film stars Amy Adams, Gary Oldman, Julianne Moore, Jennifer Jason Leigh, and Brian Tyree Henry, in addition to Anthony Mackie.

But likely even bigger than Outside the Wire and The Woman in the Window will be Anthony Mackie’s return as The Falcon in the Disney+ series The Falcon and the Winter Soldier. The show will be only the second Marvel Cinematic Universe series to come to Disney+, after the recent debut of WandaVision, and will run for six episodes starting on March 19, 2021.

Yet the popularity of Outside the Wire is a great start for what is turning out to be a huge year of new projects for Anthony Mackie. With multiple movies coming to Netflix and The Falcon and the Winter Soldier coming soon, it’s a good time to be a fan of Anthony Mackie. 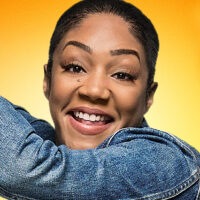