We have our first extended look at Netflix’s Blonde, the controversial new film about the life of Marilyn Monroe, with Ana de Armas (Knives Out) in the lead. As you can see in the newly released trailer, the 34-year-old Cuban actress nails Marilyn’s look and breathy voice with an almost spooky precision. Director Andrew Dominik (Killing Them Softly) shows incredible attention to detail and authenticity, as nearly every scene in the Blonde trailer is based on an actual photo or film clip of Marilyn. The film premieres on Netflix around the world on September 23, 2022.

Based on the novel by Joyce Carol Oates, the film is the first this decade to earn an NC-17 rating, for strong sexual content. Although Ana de Armas has said she was committed to providing an authentic portrayal of Monroe, Blonde is described as a fictionalized account of true events, choosing instead to focus on Norma Jeane Baker, the woman behind the Marilyn Monroe façade Hollywood created. Director Dominik says the film itself does not have much dialogue, but instead tells her story through an “avalanche of images and events,” according to People.

Interestingly, except for Ana de Armas and a few others, Blonde’s credits do not name some of the real-life figures depicted in the film by name. Joe DiMaggio (Marilyn’s second husband), for example, is listed as “The Ex-Athlete” (he’s played by Bobby Cannavale). Another husband, Arthur Miller, is played by Adrien Brody and is only referred to as “The Playwright.” Caspar Phillipson, who plays John F. Kennedy, is listed in the credits only as “The President.” Dominik has not stated why this is the case, whether it is an artistic choice or because this is a fictionalized account of real people and true events. The film also stars Julianne Nicholson as Monroe’s mother, Garret Dillahunt (Fear the Walking Dead), Scoot McNairy, and Sara Paxton. Dominik has promised that Blonde will not shy away from the uglier episodes in Monroe’s life, which reportedly include sexual assault, and will likely “offend everyone” with its NC-17 rating. He does admit, however, that despite requests from Netflix to tone down the sexual content, he “thought we’d colored inside the lines” in regard to content and was surprised by the rating.

Ana de Armas is nearly the same age Marilyn Monroe was at the time of her death in 1962 (36 years of age), and she told Netflix Queue that she spent nearly a year studying films, interviews, and photos of Marilyn to bring her to life for Blonde. “I read Joyce’s novel, studied hundreds of photographs, videos, audio recordings, films — anything I could get my hands on. We wanted to tell the human side of her story. Fame is what made Marilyn the most visible person in the world, but it also made Norma the most invisible.”

The rise of Ana de Armas’ career has been meteoric, as she has become one of Hollywood’s hottest actresses less than ten years after she made her English-language film debut. After graduating from the National Theatre School of Havana, she appeared in film and television in Cuba and Spain before coming to Los Angeles in 2014 and learning to speak English in a short time. She first caught Hollywood’s attention in 2016, with roles in Hands of Stone and War Dogs, but it was her role as Joi the hologram in 2017’s Blade Runner 2049 that put her on the road to superstardom. Her recent appearances in Netflix’s The Gray Man, Knives Out, and the James Bond flick No Tie to Die solidified her place on Hollywood’s A-list. After the release of Blonde, she will begin work on Ballerina, a John Wick-spinoff film in which she plays an assassin out for revenge. 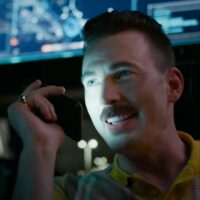 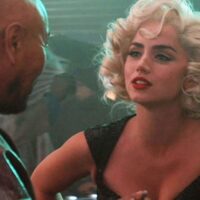