Alexandra Daddario is Wonder Woman in this AI-created fan art.

By Sean Thiessen | Published 7 hours ago

AI art sparks much controversy, but some artists use the technology to their advantage. That’s what the Instagram user AI Multiverse Art has done, and the artist’s latest work casts The White Lotus actress Alexandra Daddario as Wonder Woman. No stranger to stunning the internet with her beauty, Daddario slays the look as the Amazon Princess.

The comments on the post have blown up. Some criticized the artist for putting a white woman in the role, but most users gushed over Alexandra Daddario and her bright blue gaze donning the iconic Wonder Woman armor. While the fan casting may be fun, it takes on greater meaning in a time when Wonder Woman actress Gal Gadot’s future in the role is uncertain.

James Gunn, the co-CEO of DC Studios, remarked on Twitter that rumors of Gal Gadot being “booted” from the Wonder Woman role were incorrect. He implied that a new Wonder Woman film was on the way in the next three years, meaning a recast would have to happen quickly. DC has been quiet about the fate of the Amazon Princess, but news is expected soon.

Though Alexandra Daddario likely won’t be taking on the role of Wonder Woman any time soon, the actress is staying busy elsewhere. She stepped into the spotlight with her role in Disney’s Percy Jackson films in the early 2010s. After those films, Daddario quickly stepped into more adult roles.

2013 saw the actress in the horror film Texas Chainsaw 3D, and in 2014 she played in the acclaimed HBO series True Detective. She has since starred alongside Dwayne Johnson in big-budget movies Baywatch and San Andreas, and played a part in the renowned first season of HBO’s The White Lotus. The most recent star role for Alexandra Daddario is a far cry from Wonder Woman, as she discovers dark magic powers in AMC’s Mayfair Witches.

The series follows Daddario’s character, a neurosurgeon named Rowan Fielding, as she unearths her family’s history of witchcraft and comes to grips with her powers. Alexandra Daddario has become an in-demand actress in recent years, and with the pervasiveness of superhero films, seeing her in a comic book film like Wonder Woman seems almost inevitable. However, her slate is currently superhero-free.

In addition to new episodes of Mayfair Witches, Alexandra Daddario has the feature film I Wish You All the Best on the way. The film, directed by 13 Reasons Why actress Tommy Dorfman, tells the story of a teenager navigating life after being kicked out of their parent’s home. Alexandra Daddario will star in the film alongside Cole Sprouse and Amy Landecker.

Given the current film landscape, it seems inevitable that Alexandra Daddario will find her way into a superhero movie at some point. Whether that’s at Marvel, DC, or both, only time will tell. Alexandra Daddario may not be taking on the role of Wonder Woman, but thanks to clever artists, fans can witness dream casting take on life like never before. 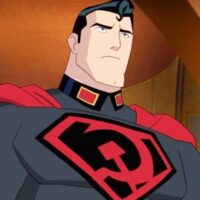 Elseworlds Coming To The DCU?