Louie Anderson was born in St. Paul, Minnesota as one of 11 children. According to a 2016 interview on Marc Maron’s WTF podcast, he almost had five more siblings, but tragically they died at birth. On multiple occasions, Anderson described his father as an abusive alcoholic.

Like many successful stand-up comics, Louie Anderson began his career on-screen when his act earned him a spot on The Tonight Show. In 1987 his first comedy special — Louie Anderson: Mom! Louie’s Looking at Me Again! — aired on Showtime. Around a half dozen specials would follow, including his most recent, 2018’s Louie Anderson: Big Underwear. He released six comedy albums and was an author. He wrote four books, including 2018’s Hey Mom: Stories for My Mother, But You Can Read Them Too. According to People, Anderson also hosted a long-running stand-up show in Las Vegas starting in the early aughts titled Louie: Larger Than Life.

But his stand-up was only the beginning of Louie Anderson’s visibility. He began landing mostly small roles in the mid-eighties, beginning as a taxi driver in the 1984 spy flick Cloak & Dagger. He was in the pilot episode of the beloved sitcom Perfect Strangers, and enjoyed small parts in Remington Steele, the 1986 thriller Quicksilver, and Ferris Bueller’s Day Off. One of his most memorable film roles came with Eddie Murphy’s 1988 classic Coming to America. Anderson played Maurice, one of the first employees at the McDonald’s knock-off McDowell’s to befriend Murphy’s Akeem. The comic actually reprised the role in 2021 for the sequel Coming 2 America.

In 1995 Louie Anderson created the beloved animated series Life with Louie, based on the actor’s childhood challenges of dealing with being teased for his weight, having a long list of siblings, and being raised by a difficult father. Life with Louie ran for 3 years on Fox, and earned Anderson two Daytime Emmys for Outstanding Performer in an Animated Series. The comic didn’t have as much luck in the world of sitcoms. He got his first leading sitcom role in CBS’s The Louie Show in 1996, but it only survived for six episodes before being cancelled. Anderson’s next big TV venture was his turn as the host of a revival of Family Feud in 1999. In 2002 he was replaced as host by Richard Karn.

Perhaps Louie Anderson’s most prestigious honor came with his part in the FX comedy series Baskets. Zach Galifianakis leads the series as twin brothers Chip and Dale, while Anderson plays their mother Christine Baskets. Anderson won a Primetime Emmy for Outstanding Supporting Actor in a Comedy Series in 2016 for his work on Baskets, and was nominated for the same award in 2017 and 2018.

Louie Anderson won a similar Critics Choice Award for Baskets in 2016 and — as reported by People — dedicate the honor to his mother. Anderson told the crowd, “I’m very grateful for this award. To my mom, who raised 11 children, and my dad was mean to her. And no matter how tough it got for Laura Stella Anderson, she never lost her humanity. She had so much of it that it dribbled onto me — I didn’t want it, but I found it, and this part has helped me find it.” 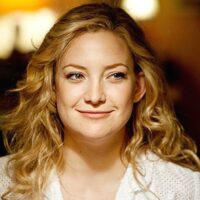