Even the beautiful people like to know they’re loved, so when someone like Kate Beckinsale puts on a low-cut, onyx mini-dress like she is back on the set of Underworld, people notice. In case you haven’t been too active on Instagram, the multifaceted Beckinsale tends to look for the approval of her 5.2 million followers often—see here, here, here, and oh, here too.

And now, yet another revealing and compelling picture of the 48-year-old actress via the Gram:

As usual, if this was on your Instagram scroll, you might stop (and zoom in). If she’s your follow, you have seen many images like this before, but when you look like that, you can get away with certain indulgences. Maybe Kate Beckinsale feels a little insulted because out of 5.2 million followers, she only earned the likes of 54,000 people for the posing image. That’s only 1.03% of her audience. Needy thing, she probably has a broken heart.

Nonetheless, she is lovely and absolutely defies age throughout her Instagram roll and on-screen as well. Most recently, Kate Beckinsale has been working for streamer exclusive content. For Prime Video, she played Georgia Wells in the series, The Widow. And for Paramount+, she plays Beth Burgess in their series, Guilty Party.

Both TV series have been moderately watched and critiqued, but it’s steady work and keeps Kate Beckinsale in the purview of Instagram fans and paparazzi alike. That is something she certainly is more grateful for than ever before. It was about six months ago when there was a scare over health that had her hospitalized. And, of course, she put this on Instagram as well.

As GIANT FREAKIN ROBOT reported (via PEOPLE), she was on-set shooting her new movie Prisoner’s Daughter. And then something happened, which was a complete mystery at the time. As TMZ helped America put the pieces together, Kate Beckinsale is in Las Vegas for the shoot and staying at the MGM Grand. Then, at 10:30 a.m., she was rushed to the hospital.

For a few weeks, the mysterious trip to the ER befuddled the entertainment media. It wasn’t until October that Kate Beckinsale revealed what happened on The Late, Late Show with James Corden. She told Corden: “Having done eight- or nine-hundred action movies, I hurt myself putting on a pair of leggings in my hotel room…I was doing a very intense emotional drama and not running up walls or anything. I was in my hotel room putting on a pair of leggings, and it felt like a sort of guitar string snapped and everything was horrible.” Beautiful, yes. Fierce on Instagram, definitely. Possibly a big British klutz, it seems so.

Kate Beckinsale has always been near the top of cinephile’s weekend pass list. Ever since she became a hot topic in 2001 with her illuminated roles in Pearl Harbor and the very underrated rom-com Serendipity, she has routinely been one of TMZ’s most photographed and stalked. Ironic that she is wearing this black, risqué get-up on Instagram because she could either be in mourning over some fairly expensive leggings or guilty of causing people looking at social media while driving to get into a wreck. 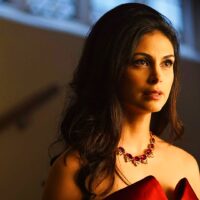 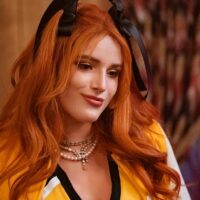