With the Johnny Depp and Amber Heard trial still ongoing, and showing what an unbelievable mess of a relationship these two had in their brief time together, it’s drummed up opinions from onlookers about what exactly is going on in this thing. One of those folks who thought he had a handle on the proceedings is Howard Stern who took Johnny Depp to task in a recent episode of his popular radio show. Stern thinks he knows, in some part, why the trial is playing out the way it is and thinks that Johnny Depp’s personality is a big reason for why this trial is so much in the public spotlight.

While talking on his Sirius XM show (via MovieWeb), Howard Stern took Johnny Depp to task about why the trial was being televised in the first place. From Stern’s perspective, this only had to do with what he believed to be narcissism on the part of Depp, with the actor wanting to look like some kind of hero during the proceedings. It’s simply the opinion of Howard Stern of course, though the trial being aired for those that want to see it has offered a weird glimpse into the worlds of Johnny Depp and Amber Heard, highlighting the relative train wreck of their brief marriage. Check out what Howard had to say about all of this and what he thought was the motivation from Johnny Depp.

“The reason he wanted that on — he wanted it televised (because) that’s what narcissists do. They think they can talk their way out of anything. I think Johnny Depp is a huge narcissist and what I mean by that is — he figured, ‘I’ll put this on TV and because I’m so persuasive and because I’m so smart, I’m such a wonderful guy.”

Howard Stern went on to rail about Johnny Depp and how this whole trial is coming off when litigated in the court of public opinion. From Stern’s perspective, and he’s probably not wrong here, the whole thing as been an utter mess. While Depp is suing Amber Heard for $50 million in a defamation case stemming from an op-ed the latter penned in The Washington Post, it’s mostly just drudged up the unbelievable number of weird (and sometimes disgusting) things that happened over the course of their marriage.

And Stern made another good point later in the show, discussing how Johnny Depp was on the stand for two whole days, talking at length about parts of his and Amber Heard’s relationship while sometimes getting far afield of the main point in the trail. In the eyes of Howard Stern, this was simply more proof of narcissistic behavior on the part of the actor who, according to Stern, was hoping to “charm the pants off of America” with what Stern labeled as a “performance”. Stern even mentions the way that Depp is speaking in the trial, saying Depp was putting an effect on his voice that didn’t really align with how it should sound. Again, to Stern, this was another sign that Depp was treating the trial as a production rather than an actual court proceeding.

How this all plays out remains to be seen. Whether Howard Stern is correct in his assessment might be neither here nor there when it’s all said and done. It will come down to how a jury sees things. They will ultimately decide whether Johnny Depp has a case against Amber Heard after all. 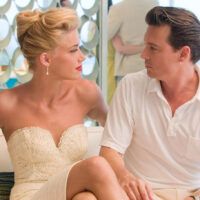