Who Will Win When The Flash Battles The Arrow?: This Week’s TV Picks While DC is frantically assembling the makings of its own big-screen cinematic universe in an attempt to compete with their rivals at Marvel, they’ve already got a tiny version of that unfolding week by week in Arrow and The Flash. And frankly, I’m a lot more enthusiastic about the Arrow-verse than I am about Zack Snyder’s vision of Superman and Batman. This week the promise of that shared continuity between Arrow and The Flash gets the first chance to really stretch its legs, courtesy of a two-part crossover event that airs Tuesday and Wednesday night. In true comic-book form, the two heroes end up fighting each other — because of course they do — but they’ll also team up to stop one of The Flash’s most iconic rogues: Captain Boomerang, played here by Nick Tarabay (Spartacus).

Hopefully this will be just the first of many team-ups for The Arrow and The Flash, but it also could be signs of something even bigger. The Flash has been setting up the introduction of Firestorm for weeks now, and Arrow has been doing the same with Ray Palmer/The Atom. Then there’s that list of supposedly dead victims of the particle accelerator Dr. Wells named last week, most of whom were secret identities for characters such as Atom-Smasher and Elongated Man. Then there’s that rumor that CBS’ Supergirl series might be part of the Arrow-verse as well. By gum, they’ve got the makings of a Justice League there, don’t they? Certainly one I’m more interested in seeing than the one launching off the back of Man of Steel.

Sacrifices are made and loyalties are put to the test in the fight of good vs. evil.

A crossover event that concludes on “Arrow” begins with Barry teaming with Oliver Queen to stop a meta-human who is using his ability to control people’s emotions to rob banks. Meanwhile, Eddie tries to get a task force to stop the Flash; and Caitlin and Cisco deal with a new team in S.T.A.R. Labs.

The team beat Hydra in the race to locate the ancient city, but a sacrifice must be made in order to expose the city’s secrets. Meanwhile, May and Skye hurry to reach Raina before Whitehall finds her.

Jody Mills reluctantly attends a mandatory sheriff’s retreat and is partnered with an overeager sheriff who wants to bond. Even worse, a body with just strings of meat and skin hanging off the bones is discovered. Jody calls Sam and Dean for help.

A post-Christmas playdate takes a scary turn when a set of action figures become delusional, so Trixie must get her pals safely back to Bonnie’s room.

THE CALM AFTER THE STORM — Tensions run high between Clarke (Eliza Taylor) and Finn (Thomas McDonell), while Raven (Lindsey Morgan) discovers that Mount Weather is interfering with their communication systems. Meanwhile, Jasper (Devon Bostick) and Monty (Christopher Larkin) discover the truth about what’s going on at Mount Weather and Octavia (Marie Avgeropoulos) comes face-to-face with her worst nightmare. Finally, President Dante Wallace (guest star Raymond Barry) is about to be betrayed by those closest to him.

A crossover event that began on The Flash concludes with Oliver teaming with the Flash to stop a boomerang-wielding killer who plants five bombs in the city that are set to explode at the same time.

A profile of Neil Armstrong (1930-2012), the first person to set foot on the moon, featuring remarks from his family and friends.

Zed’s bizarre vision of snakes leads her and John to a small town where a preacher has mysteriously gained the ability to perform miracles.

A bizarre string of home invasions lead to an even stranger Wesen phenomena; Monroe plans a special Christmas surprise for Rosalee; and Truble comes to a life-changing realization that impacts everyone.

The revelation of Mara’s endgame spurs Audrey and Nathan to pursue a plan to stop her once and for all.

Set in a world of greed, betrayal, sexual intrigue and rivalry, Marco Polo is based on the famed explorer’s adventures in Kubla Khan’s court.

Citizen Z redeploys the survivors to Fort Collins, Colo., to meet with Murphy’s doctor in the Season 1 finale. At the compound, they discover game-changing details about their mission and the origins of the zombie virus.

A mysterious someone is killing potential librarians in the premiere of this series about a group trying to protect the world’s mystical treasures. Also: The Serpent Brotherhood sets out to return magic to the world. 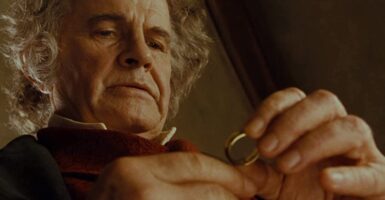