Theory of Everything Comic Picked Up By 20th Century Fox

For those who aren’t familiar with the annual “Pilot Season” promotion that comics publisher Top Cow Productions puts on — at least until this year — it’s one of the more intriguing and frustrating projects to follow. Much like a television network, a predetermined number of comics are put under the banner, and sometimes they comics get carried on into full series, but most don’t. Dan Casey’s Theory of Everything was in that doomed bunch, but now 20th Century Fox has picked up the movie rights. 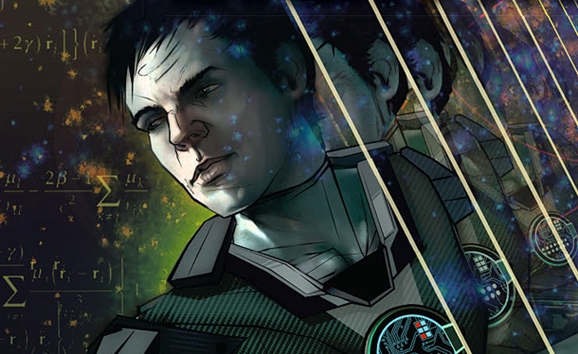 Here’s why this could be a great thing. The comic’s two hooks, one sci-fi and one personal, are both pretty strong, and it seems like it would lend itself to coming full circle, rather than making yet another bloated-budget movie that tries to sum up an entire comic series. The story is about a brilliant scientist inadvertently responsible for the death of his wife, and whose theorized methods of trans-dimensional transportation have become a reality, and fallen into the wrong hands. Said scientist joins a super-secret government organization created to track and capture the dastardly thieves. Because multi-dimensions mean his wife’s death hadn’t occurred in one, the scientist will presumably do a little traveling to find her.

Deadline reports that the film will be produced by Dan Jinks, whose own senior V.P. is Nick Nantell, who co-conceived the idea with Casey. Casey will be writing the script, which will certainly be a fleshed-out version of the comic, which is essentially an “Act One.” Nantell will take on co-producing duties. Top Cow’s Matt Hawkins and Mar Silvestri are executive producing.

Beyond the jargon and shady government mumbo-jumbo, the sci-fi aspect of Theory of Everything is pretty streamlined, and there are a number of ways to really nail the emotional side of the story. Hire a good effects company, and this could be a single-dimensional hit.

Here’s why it might be awful. Go back and read almost everything I said up there, just with a sarcastic tone. There aren’t many big-name stars who are great at pulling off the haunted scientist, so casting will need to be spot on. I choose Sam Rockwell, as I do for any movie’s casting. And if the character ends up becoming the big badass stereotypical hero who becomes the savior for the S.T.R.I.N.G. government agency, which is what I’m certain will happen, then it won’t do the source material much justice. I won’t even go into how corny and awkward the love story, with a dominant use of flashbacks, could be.

Related:
This Dude Is Playing Stephen Hawking On The Big Screen

I choose to be optimistic. Casey won’t sabotage his own work. Renny Harlin will have nothing to do with it. Sam Rockwell. Just saying.