Star Trek: Voyager could have taken Trek in a refreshing direction, but it never really seized that potential, and at least one cast member was all too aware of the show’s problems. Robert Beltran, who played Chakotay, recently gave an honest and extensive interview to StarTrek.com, and he wasn’t shy about airing his grievances about the series.

In some ways, Star Trek: Voyager was the beginning of the end of Trek‘s long golden age. Beginning with The Next Generation‘s 1987 premiere, there was at least one Trek series on the air each year through Enterprise‘s demise, with different series runs even overlapping each other in the case of Deep Space 9 and Voyager. And Voyager is when I gave up on Star Trek. I didn’t stop loving the franchise, but I grew weary of the fact that it had become only that and little more: a franchise. Safe. Predictable. Comfortable.

Perhaps Robert Beltran had a more critical eye toward the show because he was not a Trek fan when hired. “I had no idea of Star Trek,” says Beltran. “I didn’t know Star Trek from anything. But I liked ‘The Caretaker’ [pilot] script and the role of Chakotay. So I said, ‘Yes, I will be happy to go in and audition.'” That outsider’s view may have helped Beltran have a good eye for the show’s weaknesses, because he wouldn’t merely dismiss problems by saying, “Oh, that’s just how they do things here.”

One notable exception to that was the romantic relationship between Chakotay and Seven of Nine (Jeri Ryan). However, Robert Beltran says that even with that subplot, the introduction of Seven of Nine — and the departure of executive producer Jeri Taylor — actually hurt his character in the long run. He says that once Seven of Nine joined the crew, new showrunner Brannon Braga and the writers began to downplay some characters — Chakotay, Tuvok (Tim Russ), Kim (Garrett Wang), and Neelix (Ethan Phillips) — and turn more focus on the Captain, the holographic Doctor (Robert Picardo), and the Borg in the slinky silver catsuit. As Beltran explains:

“Those three characters were kind of all-seeing, all-knowing, omnipotent, and I think a lot of the tension and drama that was available was lost because you have to really dig hard to find tension in all-knowing, all-seeing characters. They know everything, right? They have all the answers. Or else you have a redundancy of the same scene written over and over and over again, with slight variations.” 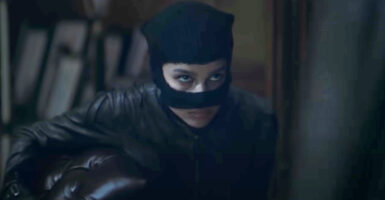 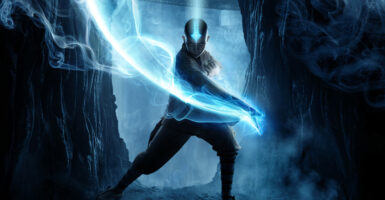