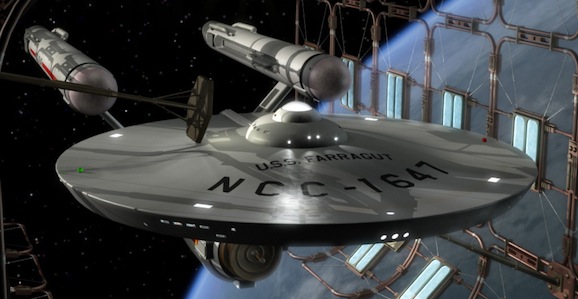 When you write, especially in a public forum, you open yourself up to all kinds of criticism. Some is legitimate, still more is knee jerk reaction, and then there are the people who just want to yell at you and be dicks. (Internet comments sections can be great places for writers and websites to interact with readers and open an honest dialogue, but they can also be the basest cesspool of humanity, like the guy who told a friend he hoped he died in a car crash because a video on his website wouldn’t play, or the feminist-leaning site having a problem with anonymous rape gifs.) Sometimes writers yell back, but sometimes they also deliver the perfect, well thought out replies, like the case of Star Trek writer David Mack who responded to a distressed homophobic reader.

Mack is the author of a number of Trek novels across a variety of incarnations of the show. In his most recent book, the Deep Space Nine adventure Harbinger, there is a lesbian relationship between and Klingon spy and a Vulcan. Encountering such a connection enraged one reader so much that he took it upon himself to write to Mack the following message:

You can call me a homophobe or use any other excuse you choose to write me off but the truth is homosexually [sic] is not universally accepted and I get to decided [sic] what I read and I choose not to read any more of your work. And on top of that no Vulcan would consider the situation “logical”. You can’t just remold the Vulcan persona to suit yourself.

Science fiction has long been a breeding ground for progressive ideas (and some not so progressive ones if we’re being honest). Star Trek, since its very inception, was envisioned as an inclusive environment, one full of characters from a wide variety of origins and backgrounds. Initially this was specifically in regards to race, but that ideal extending to issues of sexuality and gender is an entirely natural progression.

That in mind, Mack crafted his response:

Although the various television series could have done more in their respective times to portray ethnic and gender diversity, those of us who write the licensed Trek fiction continue to do our best to depict a more progressive, enlightened, open, and harmonious future, not just for humanity but for all sentient beings. One in which love, equality, and compassion are the touchstones of civilized society.

And he doesn’t end there. Mack goes on to urge other writers to continue to use their work to push for social change. He says:

I’m not so starry-eyed as to think that day will ever come, at least not in my lifetime. I suspect that humanity will always have to contend with prejudice in one form or another. But that doesn’t give us license to stop struggling against it. It is exactly the reason we must press on and continue to do better, to demand better, to show that it’s possible.

Despite great strides in social equality, there is still, obviously, a long way to go in every regard. (Just look to current events around the world any night of the week anytime you need a reminder of this.) Mack continues to explain why this push is still so important. He says:

Whenever someone asks, Why do we need to keep talking about embracing diversity in stories, and seeking out diversity in the authors and creators and portrayers of speculative fiction?, I will say it’s because too many authors and artists and filmmakers still get letters like this one. We need to work toward a better future in which no one would even *think* of writing an e-mail like this.

You can read Mack’s entire response, as well as the entire inciting email, HERE, it’s definitely a powerful statement and well worth a read.