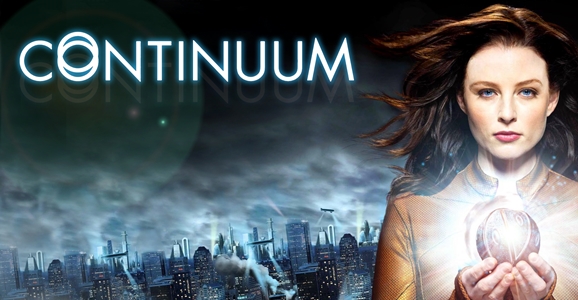 Kiera Finally Tells Carlos The Truth (Continuum)
In season 2, Continuum found a more compelling and urgent narrative drive. My favorite moment was in the sixth episode, “Second Truths,” when Kiera finally tells Carlos who she is. By this point, Carlos has worked with Kiera for a season and a half, and although she’s an exceptional agent, he becomes increasingly concerned, especially given the VPD leadership’s blatant distrust of her. Carlos can’t fathom how Kiera can look at a crime scene or suspect and get scads of information immediately — more and more, she seems either unhinged, evil, or both.

When Kiera tracks down a serial killer using her futuristic technology, she gets kidnapped and almost dies. Carlos rescues her, and is all, look, I’ve been patient for 15 episodes — what the hell is going on?! When an audience knows something significant that another character doesn’t know, it grows impatient with secret-preserving plot contrivances. Kiera, sobbing in
relief at spilling her story, never mind at having narrowly escaped death, tells Carlos verything, eliciting a collective sense of liberation. Everything about this moment — her words that mirror the opening exposition (“My Name is Kiera Cameron, and I came here from the year 2077…”), Carlos putting his coat around her, the solidification of their status as partners — is both necessary for the plot and incredibly tender. Kiera has navigated her past and her fears in secret, while Carlos has only ever wanted the truth. In a rare moment, they both get what they want, and so does the audience. – Joelle

Nick Fury Is Getting His Own Marvel TV Series, Sam Jackson Will Star