See A Cottonmouth Snake That Ate A Python

A zoo in Miami was surprised to discover that a Cottonmouth snake had devoured a python, which is odd considering that mouth pythons grow very large.

Let this be a warning to all those Floridian invasive snake species out there — the native snake species are fighting back. Zoo Miami was recently surprised when they showed up at the location transmitted by one of their tracked Burmese pythons. Instead of finding the python, they were expecting, they found a native cottonmouth who clearly had a full meal not too long before. It turns out the cottonmouth decided the python would make the perfect snack, and Zoo Miami has the X-rays to prove it. You can see the X-ray below:

In the X-Ray, you can clearly see the spine of the other snake, along with the tracker. Burmese pythons are invasive to the Florida ecosystem, so seeing a native species add them to their diet could be a way for the ecosystem to start curbing the population. That’s actually why a tracker was put on the snake in the first place. The U.S. Fish and Wildlife and the U.S. Geological Survey departments were conducting an overall invasive species study, looking at the movements of these snakes to see if there were ways they could better control the population.

The Florida cottonmouth is a native species of snake. Unlike Burmese pythons, these snakes are venomous, killing their prey with their bite. Burmese pythons are constrictors, meaning they wrap up their prey and suffocate it before consuming it. In this case, it seems like the venom won. Though pythons can get fairly big, this younger python wasn’t able to take on the bigger cottonmouth. According to the X-ray, the python was consumed by the tail first.

Though Burmese pythons aren’t venomous, and they pose little to no threat to humans, they are quite damaging to the Everglades ecosystem. The Burmese python invasion began in the late 1980s and has been very difficult to manage ever since. Though the snake is native to Southeast Asia, it became a popular exotic pet in the United States. Because of the popularity of exotic pets in the 1980s, many were brought to Miami to be sold to eager owners. However, a snake that can grow as big as Burmese pythons do is a bigger responsibility than many pet owners had assumed. These snakes can easily reach lengths of 20 feet or more. Some of these irresponsible owners chose to release these snakes into the wild, leading to the beginning of a very difficult problem. In 1992, Hurricane Andrew destroyed a python breeding facility, making a big problem even bigger.

The snakes have been wreaking havoc on populations of small mammals and other wildlife ever since. Females can lay as many as 50-100 eggs per year, making the invasive species problem get worse and worse. Add to the fact that adult pythons don’t have any natural predators and you have a recipe for ecological disaster. So, while being eaten by a native cottonmouth may not be so great for the python itself, it could be positive progress for the Everglades as a whole. 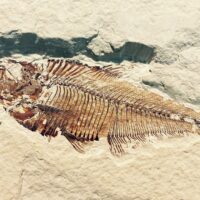 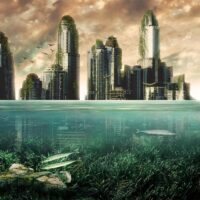