Gaming developer’s job listings almost always offer insight into what gaming titles are likely to be next on the menu and potentially see the light of day. For example, the new job listings posted by CD Projekt Red, the studio behind The Witcher and Cyberpunk 2077 titles, is currently hiring someone to fill the position of Open-World Designer for their upcoming game. But what might that game be? Well, the current expectations suggest that the studio is looking to develop the next installment in The Witcher series – The Witcher 4.

But those are just the fans’ expectations. According to Comic Book, while the studio is looking for an Open World Designer, either Junior or Specialist, the job listing doesn’t reveal much about the game itself. However, it confirms it as an open-world game. Given Cyberpunk 2077’s ongoing patches and relatively recent release date, it’s unlikely and borderline improbable that CD Projekt Red is considering a sequel to that particular game. So that leaves us with the studio’s only remaining franchise sequel, The Witcher 4, though developing an entirely new gaming title shouldn’t be excluded.

Whatever CD Projekt Red has on its mind, we hope they won’t rush it as they did with Cyberpunk 2077. Seeing the massive number of issues that plagued the title and continue to do so to this day, it’s highly unlikely for the company to risk another financial failure. Though calling Cyberpunk 2077 a “rushed” title is an overstretch, considering it took slightly over eight years and $313 million to develop, making it one of the most expensive and highly-anticipated video games ever. But was it all for naught? Well, that’s a question for another time. However, it’s worth noting that Cyberpunk 2077’s active development started after 2016’s The Witcher 3: Wild Hunt – Blood and Wine, an expansion pack to The Witcher 3: Wild Hunt. Hopefully, The Witcher 4 doesn’t suffer from whatever decisions Cyberpunk 2077 has seen happen.

The popular gaming franchise was based on the novel series of the same name, written by Polish author Andrzej Sapkowski, taking place after the events of the main saga of The Witcher. The novels sold over 15 million copies worldwide, a sales number superseded by the gaming series, which collectively sold over 50 million copies as of May 2020. More importantly, the novels were adapted into The Witcher television series in cooperation with Netflix, with Sapkowski himself as the creative consultant and Henry Cavill as Geralt of Rivia. The Season Two of the series is scheduled to hit Netflix on December 17, 2021, meaning it will definitely beat The Witcher 4.

Unfortunately, there are not enough details in CD Projekt Red’s job listing that would help us discern whether CD Projekt Red is currently hiring for The Witcher 4 video game or some other entirely new gaming title. 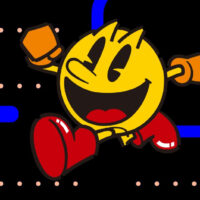 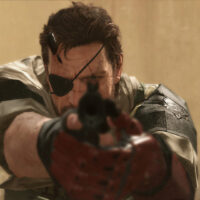 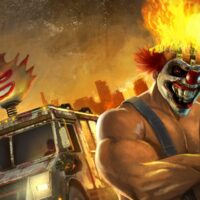