New installments in popular franchises often bring new features for players to enjoy. Middle Earth: Shadow of War introduced Fortress Sieges, Mortal Kombat II introduced babalities, Fortnite just announced its “No-Build” mode, and popular MMOs like World of Warcraft added countless gameplay features over the years. Now it’s Mario’s turn. The gaming world’s most popular mascot has another game in active development, at least according to an industry analyst, and the purported Mario Kart 9 will have a totally new feature.

As reported by IGN, these speculations come from Tokyo-based industry analyst Dr Serkan Toto, who stated that Mario Kart 9 is in active development, despite the ongoing success of Mario Kart 8 and its upgraded version, Mario Kart 8 Deluxe. Both games have been a massive success for Nintendo, and considering how well the series has sold, a successor title is apparently already speeding towards the ending stages of its development. In truth, Mario Kart has been one of Nintendo’s best-selling gaming series ever since its launch on Super Nintendo Entertainment System in 1992, selling more than 100 million copies across various Nintendo platforms.

As for the “new twist” in Mario Kart 9, the analyst refrained from adding further or disclosing any more information. However, that didn’t stop the gaming community on social media from doing what they do best — running the rumor mill and speculating as to what the new feature might be. Some fan theories suggest that the next game in the series could introduce more crossovers with starts from other franchises or different tracks for a more Formula 1-type of experience. The fandom has really done an exceptional job of suggesting what this new feature might be, and Nintendo would do well to listen to some of these suggestions.

Along with his predictions surrounding Mario Kart 9, Toto also suggested that 2022 could be the year when Nintendo finally brings another of its gaming series to mobile devices. The publisher has been very quiet since Mario Kart Tour launched in 2019, so it would be nice to see another established IP on smartphones and tablets in 2022. Mario Kart 8 officially became the best-selling racing game in US history after selling 40 million combined units on both Nintendo Wii U and Nintendo Switch. Releasing Mario Kart 8 on mobile platforms could boost these sales numbers further. With that said, mobile releases are still in the domain of speculations, and there’s no official information whether we’re discussing a mobile port of Mario Kart 8 or an entirely different Mario Kart title.

Whatever the case may be, the more interesting question is on which platform would the alleged Mario Kart 9 game launch on? Nintendo has a history of releasing one Mario Kart game per platform ever since the series launched on SNES. However, Mario Kart 8 and its Deluxe edition are exceptions to this rule since the Deluxe is just an upgraded version of the original Wii U game, released on Switch. One could argue that it’s an entirely separate game in its own right, but we’d side with those fans who believe that Nintendo made an exception. It’s worth pointing out that most Nintendo consoles have had a life span of five to six years, and Switch is currently nearing its five-year anniversary. Is the reign of one of the most popular handheld consoles coming to an end? 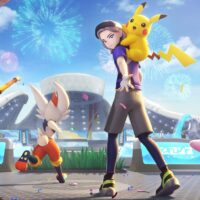 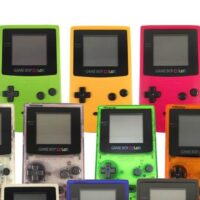 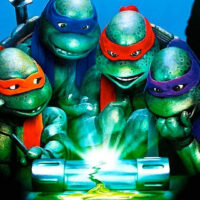